Will the US Supreme Court reconsider abortion rights? 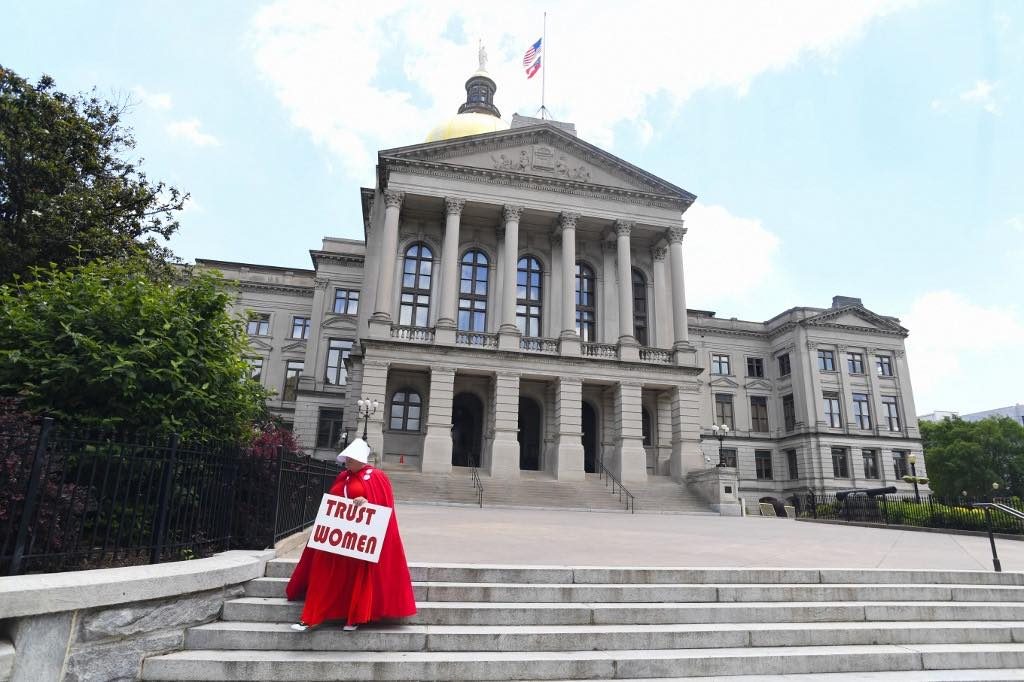 Facebook Twitter Copy URL
Copied
Forty-six years after its landmark Roe v Wade decision, the high court is at the heart of a heated offensive led by states with conservative majorities who oppose the voluntary termination of pregnancy

WASHINGTON, US – American evangelicals have high hopes that the US Supreme Court, with its newfound conservative majority, will be tempted to chip away at its historic decision to legalize abortion.

Forty-six years after its landmark Roe v Wade decision, the high court is at the heart of a heated offensive led by states with conservative majorities who oppose the voluntary termination of pregnancy.

This week alone, Alabama passed a law banning women from having an abortion even in cases of incest or rape and the Missouri legislature made illegal abortions from eight weeks of pregnancy. Both states have vowed to prosecute doctors who perform the procedure.

Georgia, Ohio, Mississippi, Kentucky, Iowa and North Dakota have enacted laws banning abortion from the moment a fetal heartbeat is detected, around six weeks of gestation, before most women know they are pregnant.

All of these laws flagrantly go against Roe v Wade, which guarantees women’s rights to abortion as long as the fetus is not viable – around 24 weeks of pregnancy.

The new pieces of legislation are therefore widely expected to soon be blocked in court. But their backers seek to go beyond that step, planning to appeal such decisions until they reach the Supreme Court in hopes this will lead to the long-sought conservative goal of overturning the abortion ruling.

“(President Donald) Trump has changed the balance of the Supreme Court, so that he now has a Supreme Court that is decisively conservative and unfriendly to women’s reproductive rights, that’s unquestionably true.”

During the 2016 campaign, Trump secured the evangelical vote that had been initially hesitant to cast ballots for the bombastic, twice-divorced billionaire by promising to appoint anti-abortion justices at the highest court in the land.

Since his election, the president has brought two appointees to the high court – Neil Gorsuch and Brett Kavanaugh – and the progressives are now a minority of four on the nine-person bench.

“We know who put them in the court and why, we know that Trump and (president George W.) Bush are expecting them to vote to overturn Roe. But in the past, presidents have been wrong in their selection,” said Mary Ziegler, a law professor at Florida State University.

“There are a lot of uncertainties, so we don’t know where the conservative justices stand exactly.”

She noted that during his confirmation hearings, Brett Kavanaugh insisted he supported upholding past rulings.

“Chief Justice John Roberts is very aware of how the public perceives the Supreme Court. He likes the idea that people have respect for the court,” said Sherry Colb of Cornell Law School.

In February, Roberts joined liberal justices in freezing the Louisiana law that critics say imposed such drastic conditions on doctors who perform abortion procedures that only one of them was left able to provide the service in the entire state.

Two years earlier, however, Roberts had backed a similar law in Texas.

Observers say the shift shows the chief justice places more emphasis on his central role on the bench over his own personal convictions.

In another sign of a tempered stance from the court, it has yet to decide whether to take up an appeal from Indiana seeking to uphold a law that treats a fetus as an individual.

Since December, the justices have put the case on their agenda a dozen times without making a decision either way – a highly unusual process, Ziegler noted.

“They are continuing to kick the can down the road. I don’t know what the point of waiting is, sooner or later, if they do want to take it, it starts to push it to 2020,” when the next US presidential vote will take place, Ziegler added.

“If the idea is not to have a lot of controversy, stalling a decision to an election year is not a smart move.”

A.E. Dick Howard of the University of Virginia School of Law said such moves make it seem “unlikely” that the court will overturn its 1973 decision.

“But it is ready to chip away at it,” he added.

“You will see a (conservative) majority that will increasingly relax the limits they place on the states.”

Abortion rules vary greatly from state to state, in what Howard describes as a “patchwork” of legislation.

Some states discourage women from seeking the procedure by requiring two separate medical opinions and parental authorization for minors.

Others impose such strict conditions on clinics that most have closed.

Gostin pointed to the problem of unequal access for women in different states.

“A woman of means will always be able to get an abortion in the United States, she will be able to travel to California, New York, (Washington) DC,” he said.

“The poor women in rural areas… they are the ones that are going to suffer.” – Rappler.com