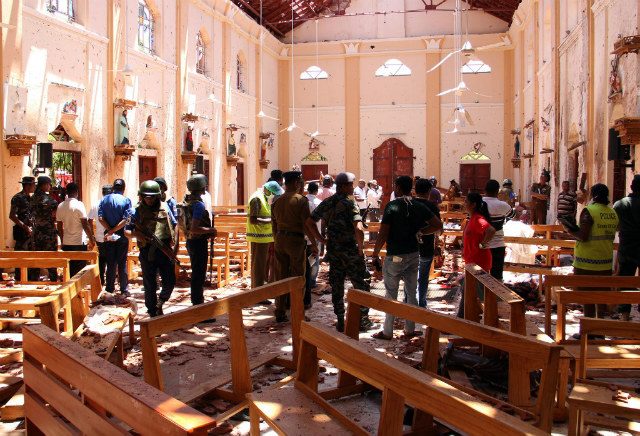 COLOMBO, Sri Lanka – Sri Lanka’s police Tuesday, May 21, said DNA tests confirmed that the ringleader of the Easter attacks, Zahran Hashim, was one of the suicide bombers who blew himself up at the Shangri-La hotel.

Police spokesman Ruwan Gunasekera said the government’s main forensic laboratory matched Hashim’s daughter’s DNA with the remains of one of the bombers at the hotel.

“With the latest test results we have re-confirmed the identities of all the 7 suicide bombers plus two others who exploded explosives on April 21,” Gunasekera said, explaining that police had matched their DNA with that of their relatives.

The second attacker at the Shangri-La was identified as Ilham Ibrahim, whose brother Inshaf was the lone suicide bomber at the nearby Cinnamon Grand hotel, according to police.

Another Colombo hotel and 3 Christian churches were also bombed at about the same time killing 258 people and leaving nearly 500 wounded. Forty five of the dead were foreign nationals.

Ilham’s wife, Fathima Ilham, also blew herself up when police went to her Colombo home a few hours after the coordinated attacks.

She killed herself and 3 children, police said, revising their earlier toll of two children. Three officers also lost their lives in that explosion.

The third Colombo hotel to be targeted on April 21, the Kingsbury, was bombed by a man identified as Mohamed Azzam Mubarak Mohamed.

St. Anthony’s Shrine, a popular church in the capital, was attacked by a man named Ahmed Muaz, while St. Sebastian’s Church just north of Colombo was bombed by Mohamed Hasthun, who came from eastern Sri Lanka where Hashim was based.

The sixth suicide bomber was Mohamed Nasser Mohamed Asad, who targeted Zion Church in the eastern district of Batticaloa.

A seventh man failed to explode a bomb at a luxury hotel, but blasted his explosives at a guest house near the capital. He was identified as aeronautical engineer Abdul Latheef who had studied in Britain and Australia.

All the bombers were believed to be members of Hashim’s now banned National Thowheeth Jama’ath (NTJ) organization.

The Islamic State group later claimed the attack. Hashim appeared in an IS video, where he is seen leading a group of 7 others in a pledge of allegiance to IS chief Abu Bakr al-Baghdadi.

Hashim was a relative unknown before the attacks, though local Muslim leaders say they had reported him on more than one occasion to the authorities for his extremist views and violent behavior. – Rappler.com