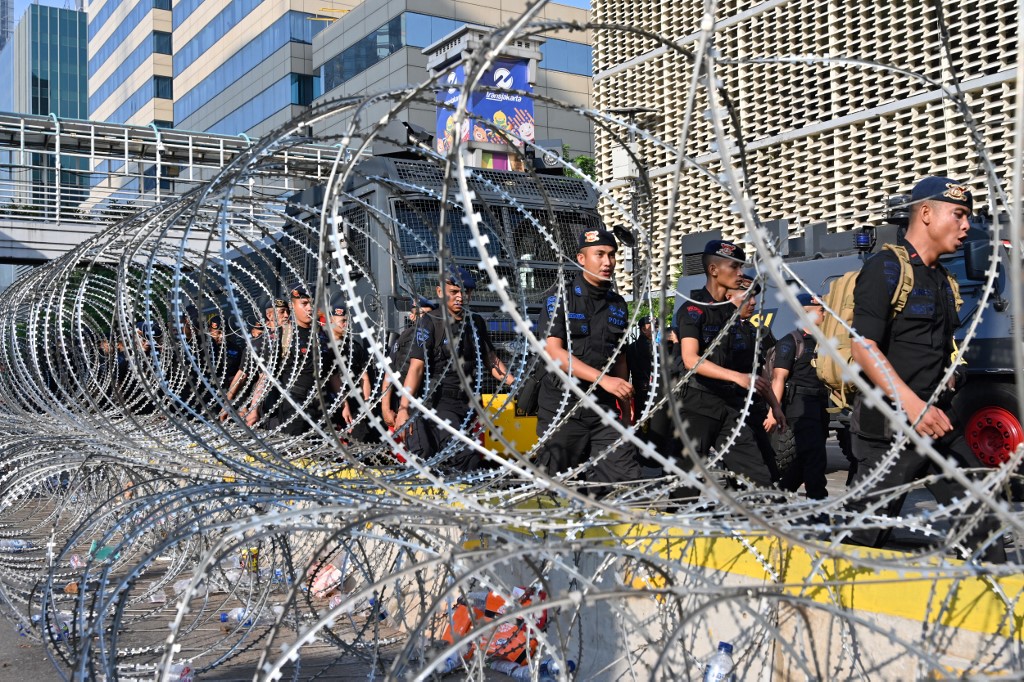 JAKARTA, Indonesia – (UPDATED) Tens of thousands of Indonesian military and police were deployed on the streets of Jakarta Thursday, May 23, as a deadline approached for a presidential challenger to file an appeal over claims of widespread cheating in last month’s election.

At least 7 people were killed – including a 17-year old high school student – after two nights of rioting in the capital as police clashed with protesters opposed to the re-election of President Joko Widodo.

The violence has been fanned by claims from Jokowi’s rival Prabowo Subianto, a retired general, that the April 17 poll was a fraud.

Indonesia’s election commission on Tuesday, May 21, confirmed Jokowi had beaten Prabowo, who has until Friday, May 24, to challenge the results at the Constitutional Court.

The 67-year-old has appealed for calm and said he would pursue legal channels, as he did, unsuccessfully, against Jokowi in the 2014 election.

Election officials and analysts have discounted Prabowo’s claims of rampant cheating in the world’s third-biggest democracy, after India and the United States.

That moves come after fresh skirmishes erupted late Wednesday, May 22, outside the election supervisory agency’s office in the heart of the city, with thousands of protesters chanting and waving Indonesian flags.

Some hurled stones, fireworks and molotov cocktails at riot police who lined up behind a razor wire barricade near the election supervisory agency building, where a police post was torched.

Police pushed back the main group of rioters after firing tear gas and rubber bullets at the demonstrators.

Indonesia’s capital been gripped by bigger demonstrations in the past, but the level of violence in this week’s clashes has not been seen in years.

Authorities said the violence was orchestrated by people who came to Jakarta to stir up trouble.

But they’ve given few details about the circumstances of how the 7 died or who was responsible, earlier saying that they had gunshot or blunt force wounds. Authorities denied firing live rounds into the crowd.

Nine officers had been injured, police said, but they did not give details of wounded protesters thought to number in the hundreds.

On Thursday, National Police spokesman Muhammad Iqbal said two of about 300 arrested suspects were linked to a hardline organization that had once pledged allegiance to the Islamic State group.

Local media this year speculated about a connection between the founder of that local organization and Prabowo, after he lent his car to the politician’s campaign team.