May 23, 2019 6:40 PM PHT
Rappler.com
Facebook Twitter Copy URL
Copied
Media groups say at least 7 journalists were reportedly attacked while they were covering the protests, while social media platforms WhatsApp and Facebook were blocked 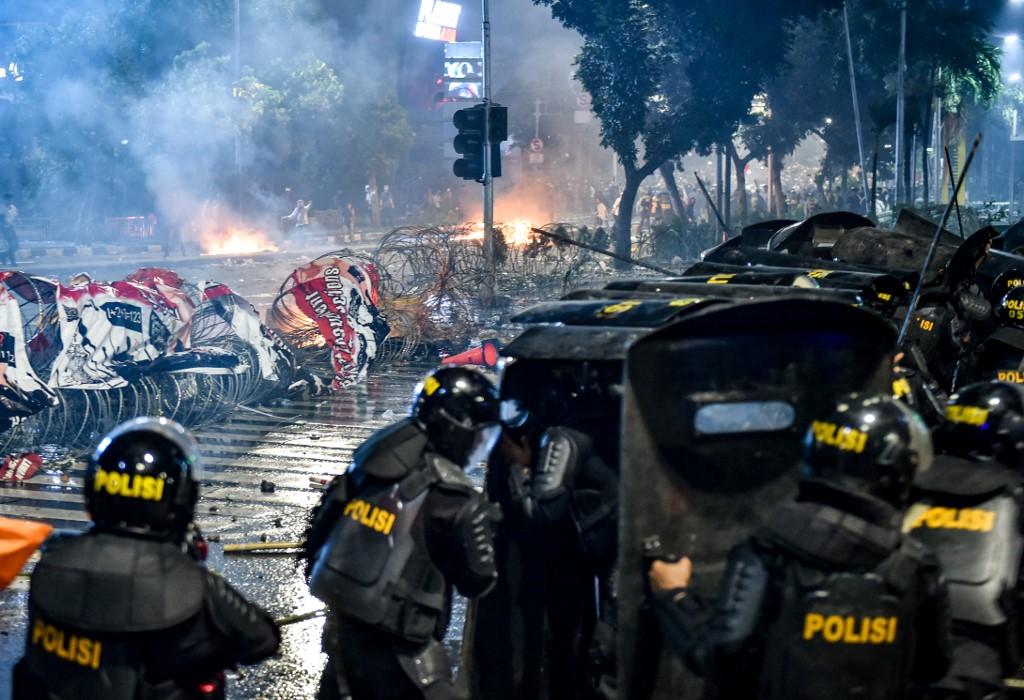 MANILA, Philippines – The International Federation of Journalists (IFJ) said journalists were attacked and some social media apps were blocked as violence erupted in Jakarta, Indonesia, on Wednesday, May 22, when police clashed with protesters opposed to President Joko Widodo’s reelection.

In a statement on Thursday, May 23, IFJ together with the Southeast Asia Journalist Unions (SEAJU) and the Alliance of Independent Journalists (AJI) condemned what they called “the attacks on media” and “government-led social media blocks” that happened over the past 24 hours in Indonesia.

At least 7 people were killed – reportedly including a 17-year-old high school student – after two nights of rioting as police clashed with protesters opposed to the reelection of Jokowi.

According to AJI, at least 7 journalists were attacked while they were covering the protests. This number is expected to rise as the group is still processing complaints and reports of attacks.

IFJ recounted how two CNN Indonesia journalists were “continually attacked” despite identifying themselves as journalists.

Aside from attacks on media, IFJ said social media platforms WhatsApp and Facebook were blocked as the government “implemented a social media ban and internet speeds slowed.”

“Although access was only meant to be blocked in areas near the protests, reports found the block was more widespread. As of Thursday morning, WhatsApp was accessible intermittently, and internet speeds were back to normal. Several journalists had to switch platforms to communicate and share information,” IFJ said, noting the last time social media was blocked was when the government clamped down on Telegram in July 2017.

AJI urged security forces to investigate the attacks against journalists, while SEAJU demanded that those responsible “be made accountable to the fullest extent of the law.”

All 3 groups called on “all parties,” including media owners, to take responsibility for ensuring the safety of journalists on the field.

“We also condemn the actions of the government in blocking social media and slowing internet speeds. During times of conflict it is important the media are able to communicate and report freely,” IFJ said.

The violence in Jakarta has been fanned by claims from Jokowi’s rival Prabowo Subianto, a retired general, that the April 17 poll was a fraud.

Indonesia’s election commission on Tuesday, May 21, confirmed Jokowi had beaten Prabowo who has until early Friday, May 24, to file a formal challenge at the Constitutional Court.

The 67-year-old has appealed for calm and said he would pursue legal channels to contest the results, as he did, unsuccessfully, against Widodo in 2014. – with reports from Agence France-Presse/Rappler.com