5 key takeaways from the EU elections 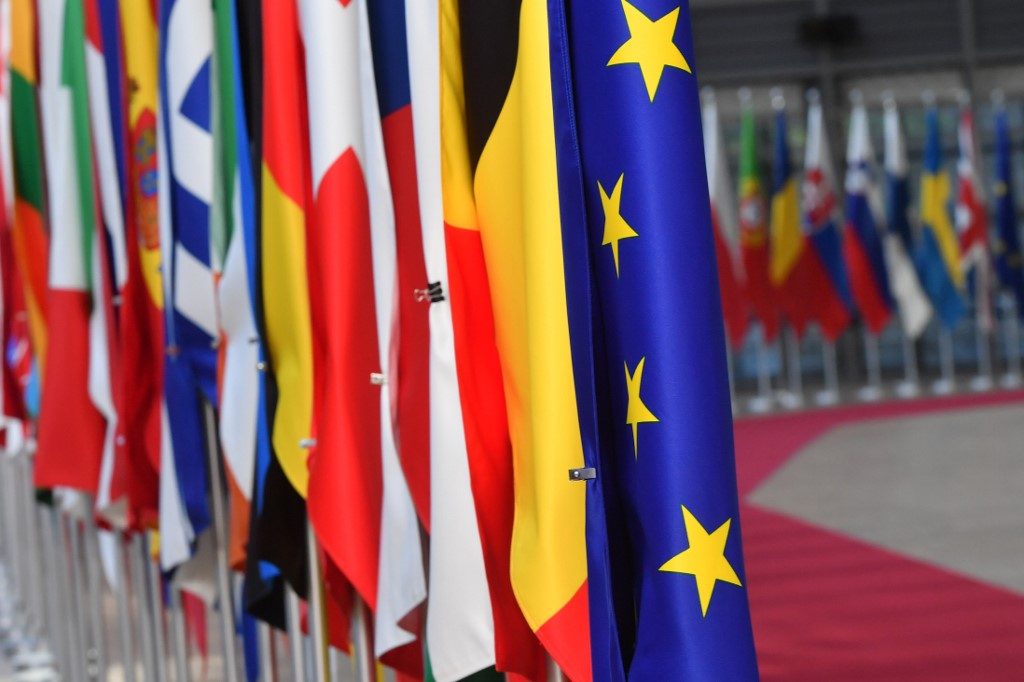 Facebook Twitter Copy URL
Copied
The European Union elections are marked by successes for the far right, a surge by the Greens and setbacks for traditional parties across the continent

PARIS, France – The EU elections have been marked by successes for the far right, a surge by the Greens and setbacks for traditional parties across the continent.

AFP selects 5 takeaways as the first results come in across Europe:

In Italy, Interior Minister Matteo Salvini’s far-right League was set to win the most votes, and Germany’s far-right AfD was set to improve on their 2014 score of 7.1%, with exit polls seeing it coming in at 10.5%.

But the picture is far from uniform: in Austria the far-right Freedom Party was lagging in third after becoming engulfed in corruption scandal during the campaign.

And the party of Dutch far-right leader Geert Wilders looked set to lose all its seats in the European Parliament as results confirmed a win for the social democrats.

Observers doubt the populists‘ ability to form an effective coalition, with differences on key issues including how close to be to Russia.

The populists “achieved the same size of wave, maybe a little better even, than in 2014 but there’s no tsunami,” Sebastien Maillard, director of the Jacques Delors Institute think tank, told AFP.

He forecast that they would not be able to “disturb democratic life” in the next parliament.

Environmentalist parties performed strongly, reflecting how the issue of climate change has leapt up the agenda as young activists take up the cause.

In Germany, the Greens were on course to knock the centre-left SPD, the coalition partner of Chancellor Angela Merkel, from second place.

Exit polls also showed the French green party EEVL led by a former top figure at Greenpeace France making strong gains with a score of 12-12.7% compared with 8.9% in the last EU elections in 2014.

Through school strikes, civil disobedience and large-scale marches, the movements have succeeded in highlighting how human behavior threatens the future of the planet.

And unlike the eurosceptic populists, the Greens are not riven by division on a pan-European level.

Macron had made no secret of the significance he attached to the results and his party’s performance was a symbolic blow for the president two years into his five-year mandate.

But his office sought to put a brave face on the indications, saying that the performance was “respectable” after reports indicated that a bad showing could lead to a cabinet reshuffle.

The night was no better for Merkel, as exit polls showed the list of her center-right bloc was due to only garner around 28%.

However, nationalist and eurosceptic ruling parties did well: the Fidesz party of Hungarian Prime Minister Viktor Orban was on course for a big victory while in Poland governing right-wing Law and Justice party (PiS) was well ahead.

After fears ahead of the election that voters would stay away, turnout across the European Union excluding Britain was estimated at 51%, the highest in 20 years, the EU parliament said.

A variety of issues ranging from immigration, Brexit, the economy to climate change have made these polls the most closely watched EU elections in a generation.

In the first election to the European Parliament in 1979, 62% of eligible voters cast a ballot in what were then 9 member states.

Britain took part in the EU elections despite still being scheduled to leave the bloc by October 31 amid the crisis and confusion over its delayed exit.

The ruling Conservatives of Prime Minister Theresa May – who announced her resignation last week – are set to be punished by falling into fourth place.

However the Brexit party of Nigel Farage – condemned by opponents as part of a line of European populist leaders – is set to win by far the largest share of the vote with early results showing it winning 31.5% of the vote.

Yet in a sign of the extreme polarization in British politics, the pro-EU Liberal Democrats are challenging the main opposition Labour Party for second place. – Rappler.com