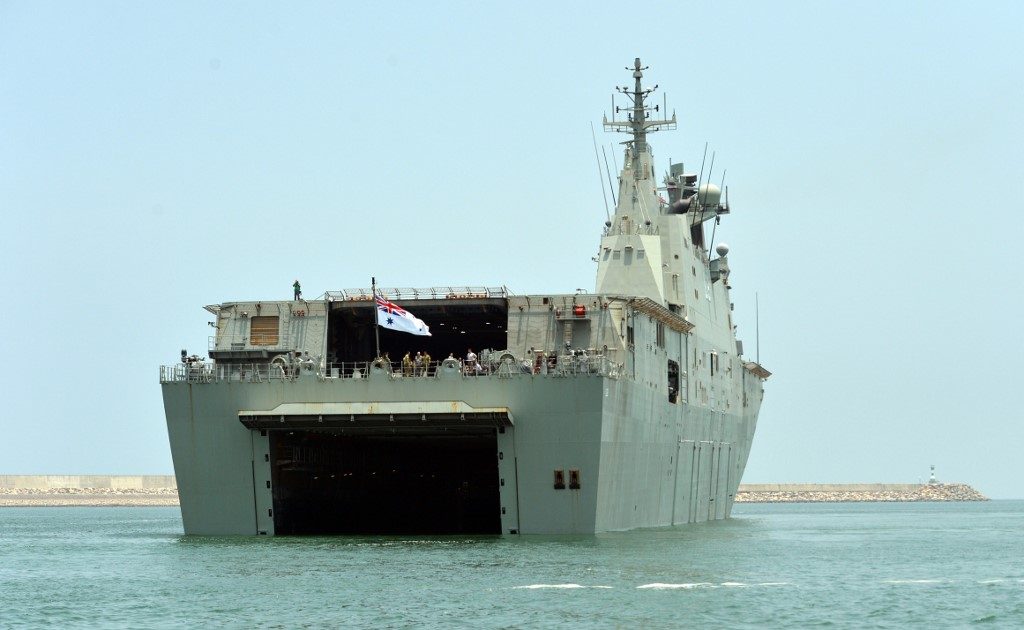 SYDNEY, Australia – Australia’s military has confirmed that Navy pilots were targeted with lasers during flights in the hotly contested South China Sea, with informal Chinese militia vessels believed to be behind the attacks.

Beijing has become more assertive in the area, stoking tensions with rival claimants in Southeast Asia as well as Canberra and Washington — traditionally the dominant naval and air power in the Asia-Pacific region.

The Australian Defense Force said “assets operating across the region have observed an increase in the use of hand-held lasers by some vessels”.

In this specific incident, helicopter pilots flying from the HMAS Canberra were marked with lasers as they took part in the months-long Indo-Pacific Endeavor 2019 exercise.

“With regards to the incident mentioned… the Royal Australian Navy pilots involved were examined as a precautionary measure and cleared of any injury by medical staff.”

La Trobe Asia director Euan Graham was one of several academics invited on the HMAS Canberra as it moved from Vietnam to Singapore.

He reported that the vessel was shadowed by a Chinese warship and “helicopter pilots had lasers pointed at them from passing fishing vessels.”

China has been accused of operating a maritime militia that includes fishing trawlers that carry out reconnaissance, intelligence and other missions in the South China Sea.

The so-called “Gray Zone” operations are used to challenge or one-up rival powers, while offering deniability and reducing the risk of military conflict.

“The reason for vessels using the lasers is unknown but it may be to draw attention to their presence in congested waterways,” the Australian military said.

China claims sovereignty over virtually all the resource-rich South China Sea, despite rival claims from its Southeast Asian neighbours.

The Australian navy has conducted joint exercises in the South China Sea with other nations, including the United States — which China has sought to deter.

Beijing last year rejected US allegations that Chinese nationals shone military-grade lasers at American pilots in Djibouti, where China operates a naval base.

Two US pilots suffered minor eye injuries from those lasers, according to the Pentagon. – Rappler.com