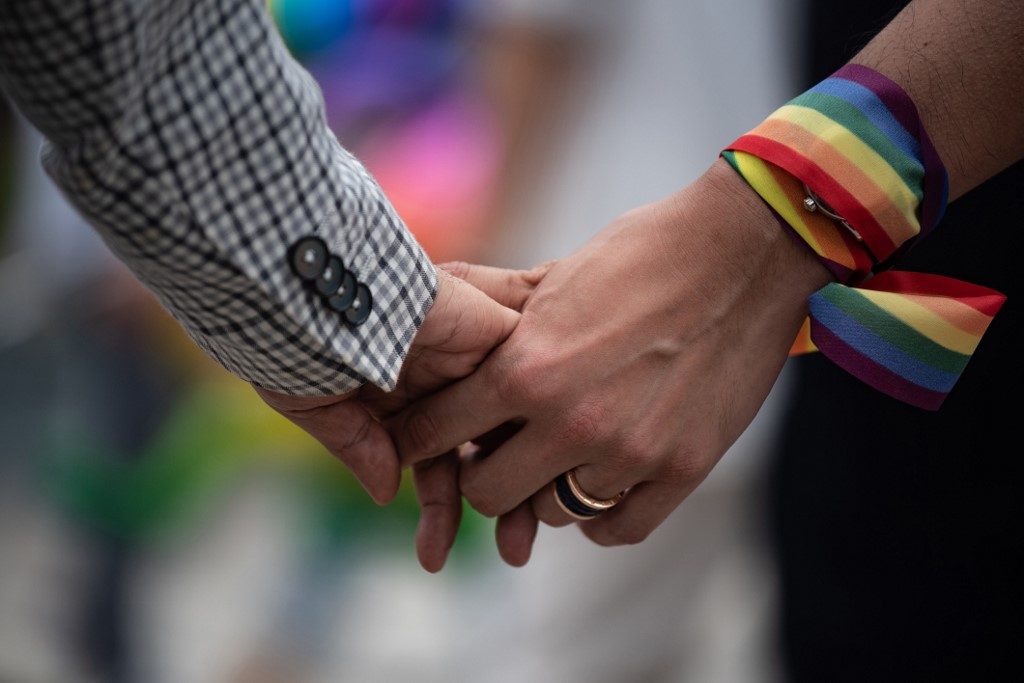 HONG KONG – A series of archaic laws criminalizing certain gay sex acts were struck down as unconstitutional by a Hong Kong judge on Thursday, May 30, because they only targeted men and were discriminatory.

The ruling is the latest legal victory for Hong Kong’s gay community who have struggled to persuade the pro-Beijing authorities in the international financial hub to allow gay marriage or civil unions.

The colonial-era laws remained on the books even after Hong Kong decriminalized homosexuality in 1991.

A government commission is currently in the process of reviewing the laws but a volunteer from a local gay rights group brought a legal challenge to the High Court.

Two of the laws, for example, criminalized the procuring of a man for buggery or gross indecency with another man.

In a ruling on Thursday, judge Thomas Au said those two laws and two others were unconstitutional because “no comparable offenses exist for heterosexuals or female homosexuals.”

“These provisions are inconsistent with the right to equality…and discriminatory in nature. They are unconstitutional and should be struck down,” he wrote in his judgement.

The government did not contest the discriminatory nature of those 4 laws making any appeal unlikely.

However, government lawyers asked the court to make tweaks to 3 other laws to make them gender neutral or equal, which judge Au agreed to do.

One of the laws, for example, meant gay men faced a much more severe maximum sentence of life imprisonment for buggery with a boy under the age of 16, while men who committed unlawful intercourse with a girl under 16 faced a maximum 5 years in jail.

The judge agreed to make a temporary provision bringing the penalty to 5 years until lawmakers could write a new law.

The case illustrates how Hong Kong remains saddled by colonial-era homosexuality laws that gay rights groups say have long legalized discrimination and prejudice towards their community.

“This legal challenge should not have been necessary,” said Michael Vidler, whose firm represented the man bringing the challenge.

“The government should have repealed or amended these provisions decades ago after homosexuality in Hong Kong was decriminalization in 1991 and the Bill of Rights and Basic Law came into effect.”

The Basic Law is Hong Kong’s mini-constitution adopted after its handover to China.

Thursday’s ruling came as the government is defending itself in the same court against a separate challenge to the city’s ban on same-sex unions.

On Wednesday, May 29, government lawyers argued marriage would be “diluted and diminished” and “no longer special” if that right was granted to same-sex couples.

Support for gay rights has grown in Hong Kong with the latest polls suggesting half the population now backs gay marriage.