Court rules abortion services can continue in Missouri – for now 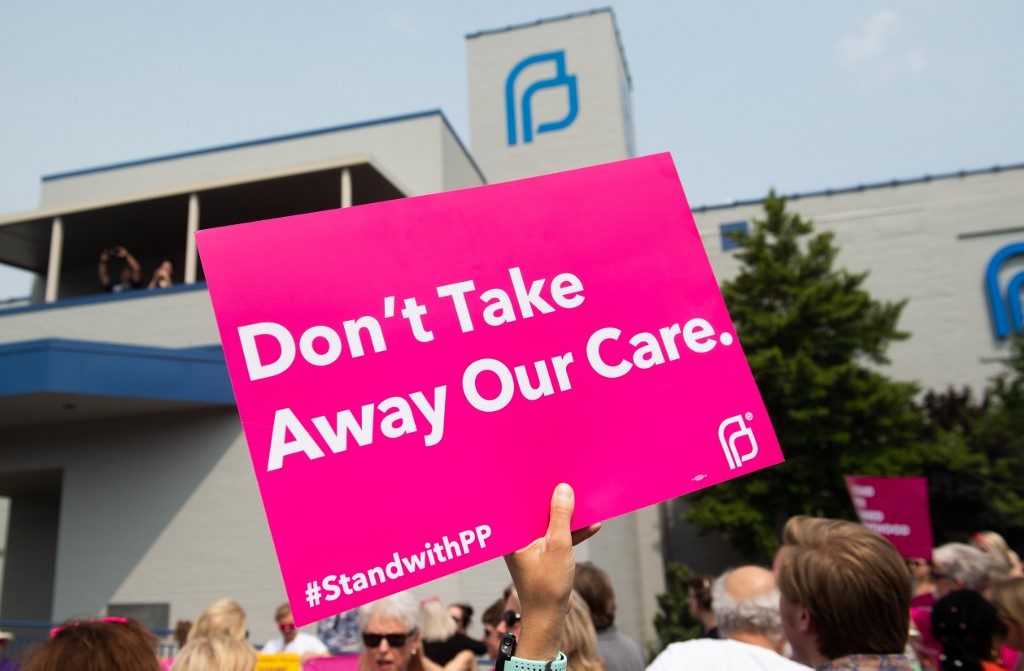 ST LOUIS, US – Abortion services can continue in Missouri for now, a court ruled Friday, June 1, granting a temporary restraining order to keep open the sole clinic that performs the procedure in the US state. (READ: Will the US Supreme Court reconsider abortion rights?)

The St. Louis clinic had been on the verge of losing its license to carry out the procedure, making Missouri the first American state without abortion provision in half a century.

But Judge Michael Stelzer ordered that the clinic’s license “shall not expire and shall remain in effect until a ruling on petitioner’s request for preliminary injunction” on Tuesday.

“Today is a victory for women across Missouri, but this fight is far from over,” Leana Wen, the president of the Planned Parenthood Federation of America, said in a statement.

“We have seen just how vulnerable access to abortion care is here – and in the rest of the country,” Wen said, alluding to moves by a string of US states to restrict access to the procedure.

“I am really happy. I know we haven’t won the war, but this is the right step in winning the battle,” said Chris Kaufmann, an abortion rights activist who came to protest in front of the clinic.

Nearby, Mary Maschmeier of the anti-abortion group “Defenders of the Unborn” said she was “very disappointed,” but that “we will have another day.”

Beyond Missouri, more than a dozen states with conservative majorities are chipping away at abortion rights, even though access has been guaranteed nationwide since a 1973 US Supreme Court decision.

The high court allows states to place some limits on abortion so long as they do not result in an “undue burden” for women.

The term is interpreted very differently from one state to another, and abortion access is generally much more readily available in western and northeastern parts of the country than in the South and the Midwest.

Missouri’s Republican Governor Mike Parson recently welcomed a drop in the number of abortions from 20,000 to 3,000 in his state, which is home to 6 million people.

He has accused Planned Parenthood of “actively and knowingly violating state law on numerous occasions” and refused to renew their clinic’s license.

On Friday, Parson issued a statement saying that “the state will soon have the opportunity for a prompt legal review of our state health regulators’ serious health and safety concerns regarding Planned Parenthood’s abortion facility in St. Louis.”

Sanitary authorities say they found “deficient practices” at the St. Louis clinic during a routine inspection in March and have asked to question all doctors who performed abortions there over the past year.

But some have refused, fearing they would be incriminated without knowing the accusations against them.

The state is “weaponizing the licensing and regulating process,” said M’Evie Mead, director of policy at the local Planned Parenthood chapter.

The Missouri case comes as more than a dozen US states – including Alabama, Georgia, Mississippi and Louisiana – have passed laws restricting abortion as part of a concerted strategy to put the issue before the Supreme Court.

The top US court is now dominated by a conservative majority, including two justice appointed by President Donald Trump. Its landmark Roe v Wade decision allows for conditions to be placed on abortion only after the first trimester of pregnancy.

The states restricting abortion access have generally sought to roll back when the procedure is permitted, to as early as when a heartbeat is first detected – around 6 weeks of gestation, when many women do not yet know they are pregnant.

Most of the measures are expected to face legal challenges, and eventually end up before the Supreme Court.

Six conservative states, Missouri included, now only have a single abortion clinic, compared to more than 150 in California.

Earlier this month, Missouri lawmakers passed a bill banning abortion after 8 weeks of pregnancy, including in cases of rape and incest.

They also required doctors at abortion clinics to be affiliated with a hospital and to perform pelvic exams even for drug-based abortions.