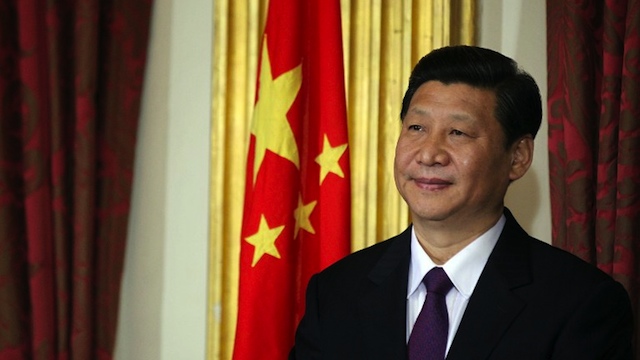 BEIJING, China – China on Saturday, June 1, increased tariffs on billions worth of US goods as it prepares to unveil a blacklist of “unreliable” foreign companies that analysts say aims to punish US and foreign firms cutting off supplies to telecommunications giant Huawei.

Washington and Beijing resumed their trade battle last month when trade talks in the US ended without a deal, with American negotiators accusing Chinese negotiators of reneging on previous commitments.

The countries have exchanged tariffs on $360 billion in two-way trade so far.

The US Commerce Department placed Huawei on an “entity list” on grounds of national security on May 16, a move that curbs its access to US-made components it needs for its equipment. A 90-day reprieve was later issued.

Hitting back, China’s commerce ministry said Friday it would release its own list of “unreliable entities” that break their commercial contracts and stop supplying Chinese firms.

“For China’s countermeasures, what we say, we do,” said anchor Kang Hui on Chinese state-broadcaster CCTV’s primetime news show that aired across multiple Chinese stations Friday.

“Talk and our door is open. Fight, and we’ll fight to the end,” said Kang.

China’s commerce ministry said it would roll out the detailed measures against companies on the list shortly, noting foreign firms that break contracts, cut off supplies or take other discriminatory measures against Chinese firms would be included. (READ: U.S.-China trade talks: What’s under debate)

“Obviously it’s mostly aimed at Huawei suppliers, Intel, Qualcomm, ARM … if anything it’s probably aimed at non-US companies, so European, South Korean and Japanese companies that may be trying to decide how strictly to apply the US ruling,” said Andrew Polk, an economist at Trivium China.

China wants to make it a much more difficult choice to cut off supplies to Huawei, he added.

“It’s potentially putting companies in a situation where they are forced to choose between the US and China and that could definitely backfire on them,” said Polk.

“China is ready to wage a protracted economic and trade war with the United States,” the nationalist paper said in an editorial.

“It is quite clear now that this is no longer a trade dispute and will extend much more broadly to punitive economic measures that each side can inflict upon each other,” said Christopher Balding, a China expert at the Fulbright University Vietnam, adding it was reasonable to expect further escalation by each side.

“It is quite possible there will be significant collateral damage here,” Balding said.

Speaking at a defense and security conference in Singapore on Saturday, the acting US defense secretary said Huawei was “too close” to Beijing, creating “too much risk”.

“The integration of civilian businesses with the military is too close. China has national policies and laws where data is required to be shared,” Patrick Shanahan told the forum.

Tariff hike
US President Donald Trump more than doubled punitive tariffs on $200 billion in Chinese goods to 25% last month, and launched the process to hit nearly all remaining imports from the Asian giant.

China responded by increasing tariffs 5% to 25% on 5,410 American products Saturday, worth $60 billion in trade.

Washington’s tariffs appear to have already had an impact on Chinese manufacturing activity, which contracted more than expected last month.

While Trump insists China will pay billions in duties, experts note that US consumers and importers bear the brunt of tariffs on products coming into the United States. (READ: Trump urges China to remove tariffs on U.S agricultural products)

“The United States remains an important export market for China, but its importance is declining,” said Wang Shouwen, who was on China’s negotiating team, according to official news agency Xinhua.

He emphasized the trade war’s effect on China’s economy would be “controllable”.

“If the US wants to force the Chinese to make concessions by engaging in unilateralism and putting on extreme pressure, this is impossible,” said Wang, according to Xinhua. – Rappler.com