China says trade war ‘has not made America great again’

Jun 2, 2019 4:05 PM PHT
Agence France-Presse
Facebook Twitter Copy URL
Copied
'China does not want a trade war, but it is not afraid of one and will fight one if necessary' says the Chinese government in a white paper 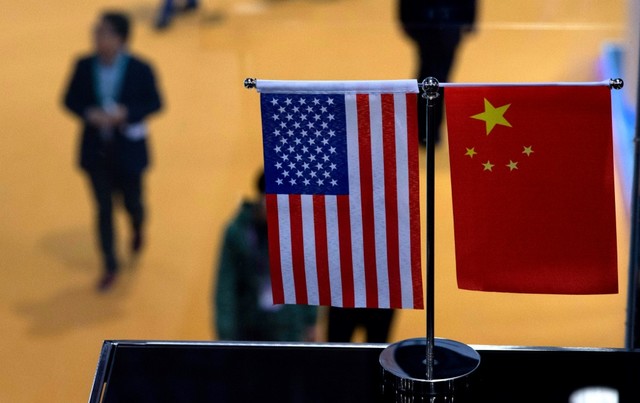 BEIJING China – Washington’s escalating trade war with Beijing has not “made America great again” and has instead damaged the American economy, China said Sunday, June 2 warning that while it wants resolution through talks there will be no compromise on core principles.

Beijing’s broadside is the latest act in a bruising conflict between the world’s top two economies that has spooked markets and sparked fears about the global economy.

With trade talks stalled, the dispute has intensified in recent weeks with US President Donald Trump imposing fresh tariffs on imports from China and moving to blacklist Chinese tech titan Huawei over national security concerns.

“The (US) tariff measures have not boosted American economic growth. Instead, they have done serious harm to the US economy,” the Chinese government said in a white paper, pointing to what it described as increased production costs and consumer prices in the United States and threats to economic growth.

“The trade war has not ‘made America great again’,” it said, referring to Trump’s political slogan made famous during his 2016 presidential campaign.

The white paper’s release came a day after China hit $60 billion worth of US goods with new punitive tariffs ranging from 5 to 25%, in retaliation for Washington raising duty on $200 billion in Chinese goods to 25%.

Trump launched the trade war last year in a bid to reduce the US trade deficit with China and force Beijing to undertake economic reforms, accusing it of seeking to dominate global industries with unfair state subsidies and of acquiring American technology through theft or forced transfers.

Since Trump fired the first shot, the two countries have exchanged tit-for-tat tariffs on two-way trade worth hundreds of billions of dollars.

The resulting conflict has gutted US farm exports to China, and weighed on the manufacturing sectors in both countries.

While both sides have sought to find a resolution through several rounds of negotiations, they appear to have stalled after the latest meetings ended without a deal.

American negotiators have alleged their Chinese counterparts reneged on previous commitments, but China said Sunday the US should bear “sole and entire responsibility” for the setback in negotiations, accusing Washington of repeatedly changing its demands.

Despite the tensions, China has reiterated that it wants to resolve trade issues through talks.

“On the trade friction started by the US: if the US wants to talk, we will keep the door open. If they want to fight, we are ready,” Chinese defence minister General Wei Fenghe told an international security dialogue in Singapore on Sunday.

And the white paper said: “China does not want a trade war, but it is not afraid of one and will fight one if necessary.”

With trade talks stalled, the dispute appears to be spreading beyond tariffs.

Beijing has said it will unveil its own list of “unreliable entities”, apparently in response to the US blacklisting of Huawei over national security concerns, specifically over possible links to China’s military.

The company has dismissed such fears, and Wei echoed that on Sunday.

“Do not think that because the head of Huawei used to serve in the military, then the company that he built is part of the military,” he said.

He did not say when the list will be published or what kind of penalties will be imposed on such firms.

Chinese state media have also dangled the threat of cutting exports of rare earths to the United States – a key resource used in the production of everything from smartphones to military hardware.

There are hopes that Trump and Chinese President Xi Jinping will meet at the G20 summit this month to ease tensions and jumpstart trade negotiations.

But Wang said he had no information when asked about the meeting at a press conference on Sunday. – Rappler.com