China urges students to weigh ‘risk’ of studying in U.S. 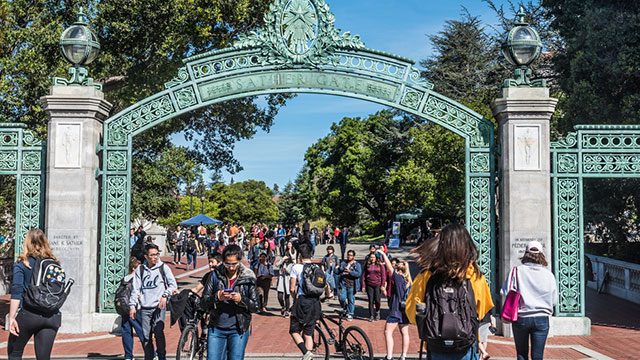 BEIJING, China – China on Monday, June 3, warned students and academics on the “risk” of studying in the United States, citing an uptick in visa denials and delays amid a trade war and other tensions with Washington.

The warning comes as negotiations to resolve the trade spat have stalled and Washington pushed back against what it says is Beijing’s aggressive militarization of the disputed South China Sea.

In recent months US officials and lawmakers have voiced concerns that Chinese students and academics could be used for espionage purposes by the Communist government.

The Chinese education ministry in a statement said students applying to US universities should brace themselves for visa troubles and “strengthen risk assessment…and make relevant preparations.”

Chinese students and academics have recently experienced visa restrictions, delays in obtaining them, and visas with shorter duration, according to the ministry.

From January to March, over 1,350 Chinese students had applied for US student visas but 182 were “unable to make the trip as planned” due to visa issues, accounting for 13.5% of all applicants, Xu Yongji, deputy head of a department overlooking foreign academic exchanges at the ministry, told state broadcaster CCTV.

Xu said this was a marked increase from just over 3% of applicants who experienced visa issues in 2018, citing data from the China Scholarship Council.

Visa denials have “damaged the dignity” of Chinese students and cast a “cold spell” over research collaborations and academic exchanges he said.

China is the biggest source of international students on US campuses, with 360,000 of them attending last year – a third of the foreign student body – with many paying full tuition.

China’s foreign ministry spokesman Geng Shuang said the US had been setting “unnecessary obstacles” to people-to-people exchanges between the two countries.

“This has been widely opposed by the education circles in China and the United States, as well as by (Chinese) students studying abroad,” he said.

US complaints about technology and intellectual property theft by China have been a major bone of contention in the trade war between the two countries.

FBI director Christopher Wray said in April that Beijing had used Chinese graduate students and researchers, among others, in its economic espionage efforts in the United States.

“China has pioneered a societal approach to stealing innovation in any way it can from a wide array of businesses, universities and organizations,” Wray said.

“They’re doing it through Chinese intelligence services, through state-owned enterprises, through ostensibly private companies, through graduate students and researchers, through a variety of actors all working on behalf of China.”

Last month, Republicans in the US Congress introduced legislation aimed at barring Chinese military scientists from obtaining visas to study or work in the United States.

The bills in the House and Senate would compel the White House to identify a list of research and scientific institutions that the president determines are affiliated with or funded by the People’s Liberation Army.

The PLA Visa Security Act would prevent people currently or formerly employed or sponsored by such entities from entering the United States on student or research visas.

The New York Times reported in April that the United States has started to bar some Chinese academics from the country if they are suspected of having links to intelligence agencies, with 30 scholars having their visas cancelled or put under review in the past year.

China’s state-run Global times has published accounts from several Chinese academics saying their 10-year visas to the US were cancelled, with officials citing concerns about links to Chinese intelligence.

US scholar Michael Pillsbury, who advises US President Donald Trump on China, said his visa to enter China for a forum earlier this year was blocked in apparent retaliation. – Rappler.com