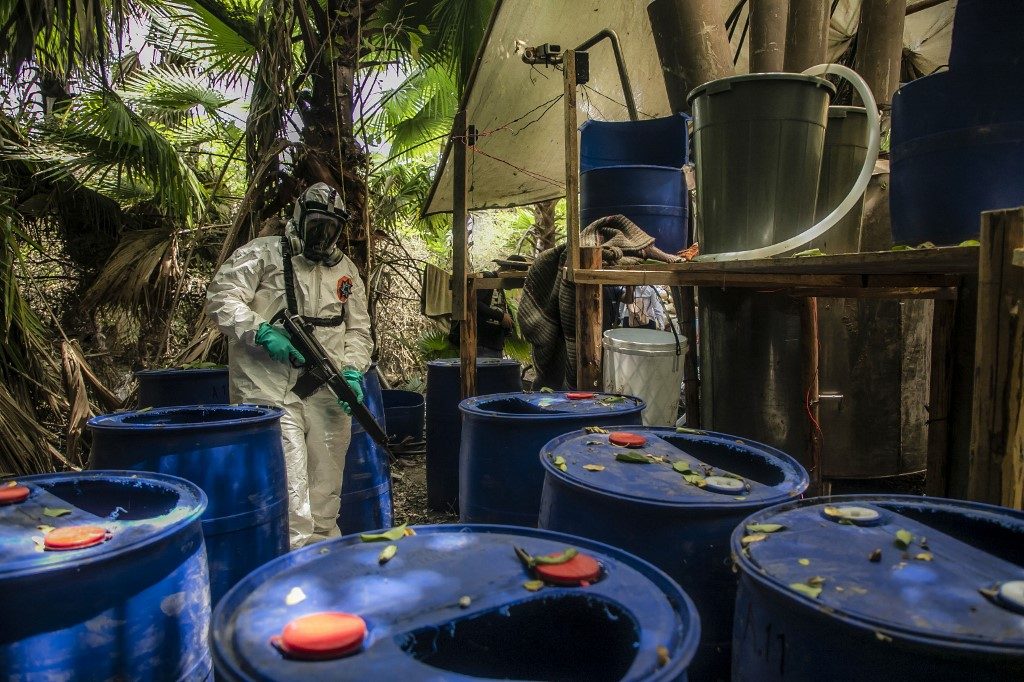 Facebook Twitter Copy URL
Copied
The 3 methamphetamine-producing labs are located in northwestern Sinaloa state, which a number of drug bosses use as a base, according to local police

EL DORADO, Mexico – Three synthetic drug labs producing an estimated $160 million worth of methamphetamine were dismantled in Mexico on Tuesday, June 4, in what officials called one of the country’s biggest blows to drug trafficking this year.

Meth, heroin, cocaine and fentanyl are trafficked over the northern border and into the US – the world’s largest consumer of drugs.

Authorities say new technologies used by the army – including drones that identify heatwaves in uninhabited areas — have led to the discovery of an increasing number of drug laboratories over the last few months.

The 3 methamphetamine-producing labs were located in northwestern Sinaloa state, which a number of drug bosses use as a base, according to local police.

The state’s secretary for public safety Cristobal Castaneda, said the labs were set to produce some 17 million doses worth some $160 million on the US market, and that the operation was the most important blow to meth trafficking so far this year.

Twenty laboratories have been dismantled in Sinaloa so far in 2019 – 17 making methamphetamine, two making fentanyl and one producing heroin.

Eight meth labs were taken apart in the state in 2018.

The ultra-violent Sinaloa cartel – founded by Joaquin “Chapo” Guzman, who is in jail in the US – continues to hold sway over the state it is named after.

The cartel has focused on producing synthetic drugs after the legalization of marijuana forced down its price.

Recently, a majority of deaths have been caused by a new generation of drugs called synthetic opioids, like fentanyl, which is dozens of times more potent than heroin.

More than 250,000 people have been murdered in Mexico since 2006, when former president Felipe Calderon deployed the army to fight drug cartels.

But he has faced criticism for appointing a military general to lead his newly launched National Guard police force. – Rappler.com