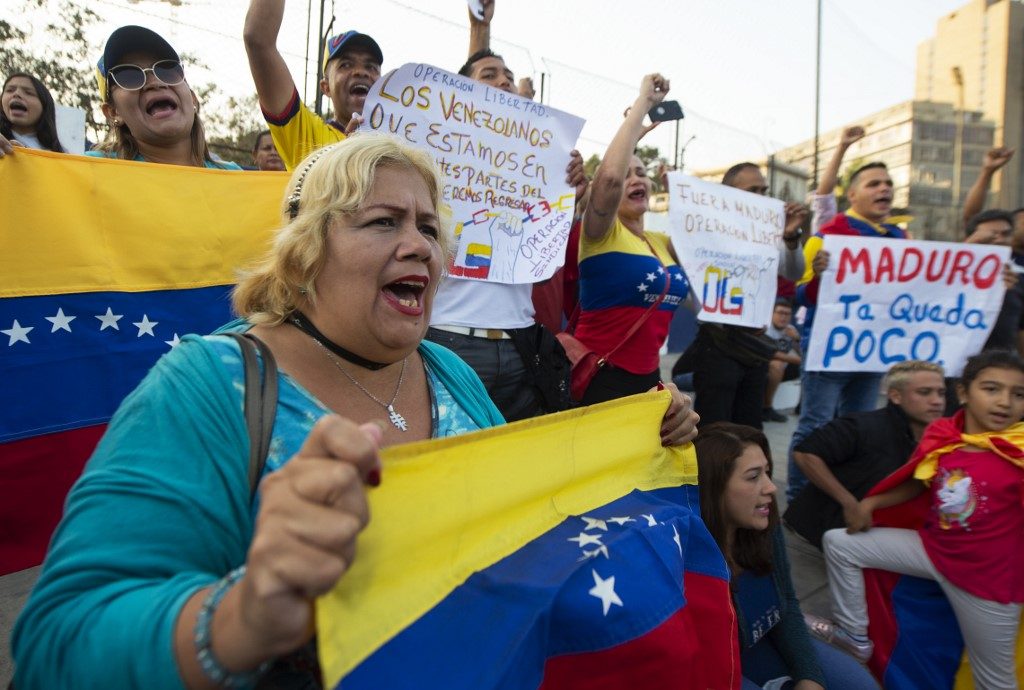 GENEVA, Switzerland – An estimated 3.3 million people have fled the crisis in Venezuela since the start of 2016, including one million who have left the country since November, the United Nations (UN) said Friday, June 7.

“The pace of the outflow from Venezuela has been staggering,” the UN refugee agency (UNHCR) and International Organization for Migration (IOM) said in a joint statement.

Economically-devastated Venezuela is suffering from shortages of food, medicine, and other essentials amid a power struggle between President Nicolas Maduro and opposition leader Juan Guaido, who has been recognized as interim president by more than 50 countries including the United States.

American actress and UNHCR goodwill ambassador Angelina Jolie will travel this weekend to a Colombian region on the Venezuela border “to assess the humanitarian response to exodus,” the agency said.

Colombia is hosting about 1.3 million people displaced from Venezuela, the most of any country, followed by Peru, Chile and Ecuador.

The joint UNHCR-IOM envoy for the crisis, Guatemala’s former vice president Eduardo Stein, said there is “an urgent need to support host communities” in the countries receiving displaced Venezuelans. – Rappler.com