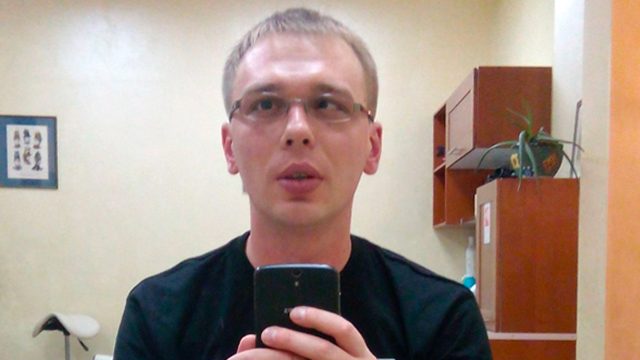 MOSCOW, Russia (UPDATED) – Russian police said Saturday, June 6, that investigative journalist Ivan Golunov, facing drugs charges in a case supporters say is trumped-up, has been taken to a Moscow hospital after he fell ill in custody.

The reporter for Meduza independent news site who has been charged with attempted drug-dealing, “complained of feeling unwell,” Moscow police said in a statement.

“As a result of examination by paramedics, the decision was taken to send the detainee to a medical facility for assessment.”

Golunov on Friday told a representative of Russia’s presidential rights council, which advises President Vladimir Putin, that he had been beaten while in custody, with police twice punching him in the head and standing on his chest.

The 36-year-old has investigated high-level corruption among Moscow officials and Meduza said he had received a number of death threats. It believes he is being persecuted for his journalistic work.(READ: Russian reporter’s arrest sparks outrage)

Police detained Golunov on Thursday and said they found designer drug mephedrone and cocaine in his rucksack and flat, but supporters suggested they were planted.

On Saturday police charged Golunov with attempting to deal a “large amount” of drugs, Chikov said.

Golunov was due to attend court on Saturday for a ruling on whether he is to be held in custody but it was unclear whether this would go ahead after his hospitalisation. – Rappler.com