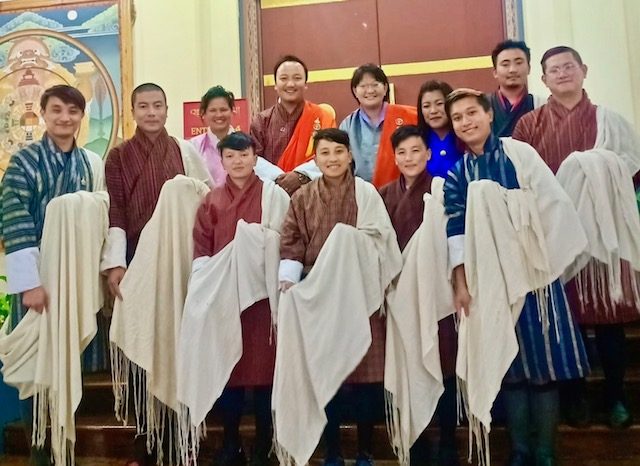 The lower house overwhelmingly voted late Friday to repeal two sections of the 2004 criminal code which made “unnatural sex” illegal.

“We are a small and marginalized community and when our rights are discussed in parliament, it makes us extremely happy,” Tashi said.

The law had never been used, but Finance Minister Namgay Tshering, who submitted the recommendation to repeal sections 213 and 214 of the penal code, said they had become “a stain” on the country’s reputation.

Namgay Tshering said the sections had become redundant since Bhutan became a constitutional monarchy in 2008. “There is a high degree of acceptability of the LGBT community in our society,” he said.

The minister added that he was optimistic that the code sections would be definitively scrapped when the upper house in the country of 750,000 people votes on Monday.

Tashi said some ministers had been social workers with contacts in the LGBT community and Prime Minister Lotay Tshering is a surgeon. “So we had lot of hopes in this government.”

There is no annual Gay Pride rally or other public display in Bhutan.

And while Tashi said there was a general acceptance of transgenders, especially in rural areas, they still face much discrimination, especially in schools.

“There are lots of barriers and our education system does not understand LGBT,” Tashi said, adding that most LGBT youths drop out of school.

Once the bill is passed by the National Council, the upper chamber, it will be sent for royal assent. – Rappler.com