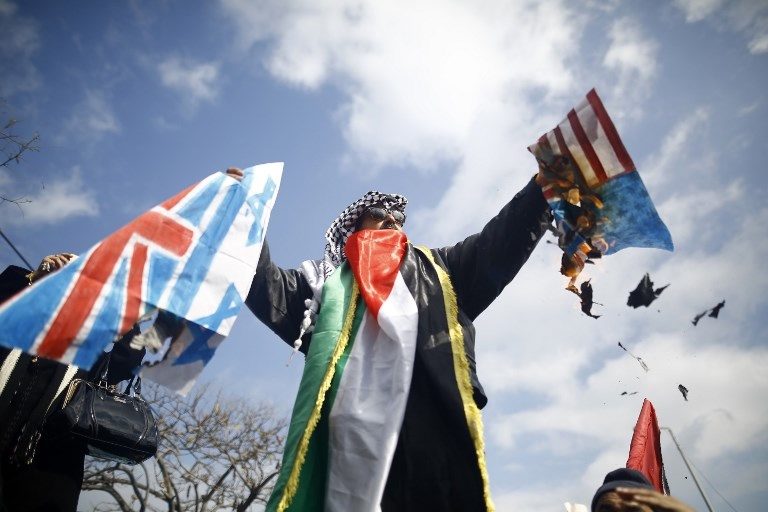 AMMAN, Jordan – Germany’s top diplomat on Sunday, June 9, reaffirmed his country’s support for a two-state solution to the Israeli-Palestinian conflict ahead of a long-awaited US peace plan.

“We are still in agreement that reaching a two-state solution through negotiations is the only solution,” Heiko Maas said during a press conference in Amman with his Jordanian counterpart.

Washington is gearing up to roll out economic aspects of its plan at a conference in Bahrain later this month, but it is not yet clear when its political details will be unveiled.

The Palestinians have already rejected the deal, citing a string of moves by US President Donald Trump they say show his administration is irredeemably biased.

“We and Germany agree that the two-state solution is the only way to end the conflict,” Jordanian Foreign Minister Ayman Safadi said.

Mass and Safadi met a day after US ambassador to Israel David Friedman was quoted by the New York Times as saying Israel had the “right” to annex at least parts of the occupied West Bank.

Palestinian leaders said the US envoy’s comments showed “extremists” were involved in White House policy on the issue.

Israel occupied the West Bank in the 1967 Six-Day War and its construction of settlements there is viewed as a major stumbling block to peace as they are built on land the Palestinians see as part of their future state.

Friedman has in the past been a supporter of Israeli settlements as has the family of Jared Kushner, Trump’s son-in-law and adviser leading efforts to put together the peace deal.

Kushner has hinted that it will not endorse international calls for the creation of a Palestinian state.

Several UN resolutions have enshrined the two-state solution, which envisages separate homelands for Jews and Palestinians, as the path to a peace settlement.

Both ministers also stressed the importance of the United Nations agency for Palestinian refugees, just weeks after the US called for it to be dismantled after cutting its roughly $300 million annual donation. (READ: U.S. cuts more than $200 million in aid to Palestinians)

Jordan is home to nearly 2.2 million Palestinian refugees, who make up almost half of the kingdom’s population.

Jordan, whose stability is seen as vital for the volatile Middle East, also hosts some 1.3 million refugees from neighbouring war-torn Syria. – Rappler.com