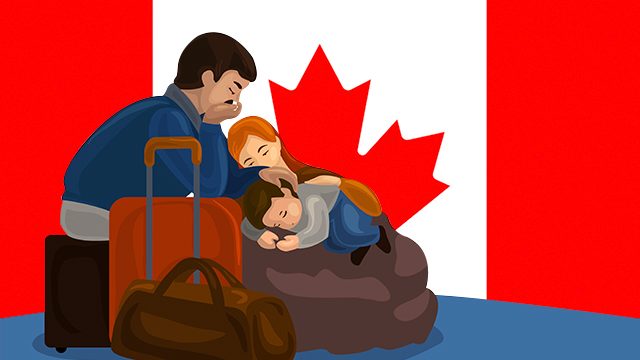 Facebook Twitter Copy URL
Copied
The law will attempt to more closely match the skills offered by would-be immigrants with the needs of the labor market in Quebec, Canada's second most-populous province

MONTREAL, Canada – The Quebec provincial legislature on Sunday, June 16, approved a controversial immigration bill that will replace a first-come, first-served standard for accepting migrants with one tied to an applicants’ skills.

The law is similar to a proposed plan from US President Donald Trump that would shift his country’s visa system from family-based immigration towards bringing in more skilled workers.

The law will attempt to more closely match the skills offered by would-be immigrants with the needs of the labor market in Quebec, Canada’s second most-populous province.

Under the new law, some 18,000 applications now on file will be shredded, affecting as many as 50,000 people, many of whom already live in the province.

The 18,000 existing applicants will have to restart the immigration process.

The provincial government promised to expedite processing of their new applications, saying qualified workers would have answers within six months rather than the current 36 months.

The 62-to-42 vote on the bill took place around 4 am (0800 GMT) at the end of a marathon session convened by the governing center-right Coalition Avenir Quebec, immigration minister Simon Jolin-Barrette announced on Twitter.

“We are modifying the immigration system in the public interest because we have to ensure we have a system which meets the needs of the labor market,” Jolin-Barrette told the National Assembly.

All 3 opposition parties opposed the measure, calling it “inhuman” and saying the government did not justify dropping the 18,000 pending applications.

“Honestly, I don’t think this bill will be seen positively in history,” Liberal Party MP Dominique Anglade said, according to the Montreal Gazette. “It’s the image of Quebec which gets tarnished.”

Premier Francois Legault’s government resorted to a special parliamentary procedure to limit debate over the proposal.

His party won power in October with a promise to slash by more than 20 percent the number of immigrants and refugees arriving each year in Quebec.

The assembly reconvened on Sunday and after sometimes-acrimonious debate passed a bill banning the wearing of religious symbols by public servants including police officers, judges, lawyers, prison guards and teachers.

However the new law will only apply to new recruits, with existing employees unaffected.

The proposal, also backed by Legault, puts the premier at odds with the multiculturalism advocated by Canadian Prime Minister Justin Trudeau. – Rappler.com