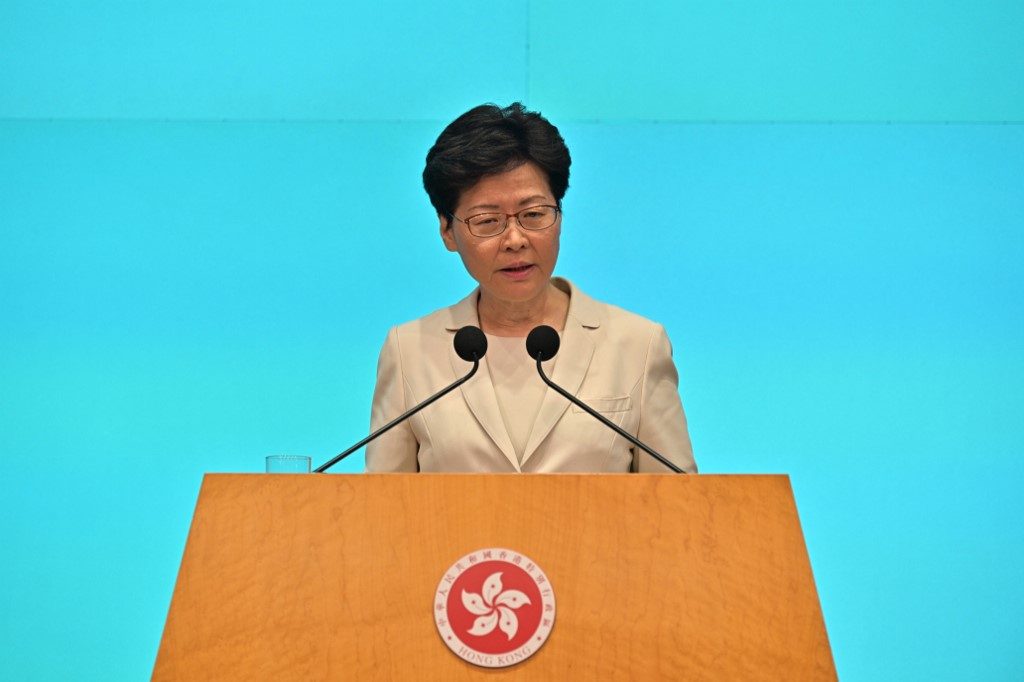 Facebook Twitter Copy URL
Copied
'I personally have to shoulder much of the responsibility. This has led to controversies, disputes and anxieties in society,' Lam says during a press conference

HONG KONG – Hong Kong leader Carrie Lam apologized on Tuesday, June 18, for the political unrest sparked by a proposed Beijing-backed law that would have allowed extraditions to mainland China.

Unprecedented mass rallies against the bill have rocked the city’s government – plunging the city into its biggest political crisis in decades – with protesters calling for Lam to step down.

“I personally have to shoulder much of the responsibility. This has led to controversies, disputes and anxieties in society,” Lam told a press conference.

“For this I offer my most sincere apology to all people of Hong Kong.”

Lam suspended the bill after the city saw massive rallies on June 9 and 12 – with bouts of violence between the police and some protesters.

But that failed to quell public anger, and was followed by an even bigger protest Sunday that organisers said drew over two million people – more than a quarter of the population – to the streets. (READ: Leaderless and livid: The youngsters on Hong Kong front lines)

Lam gave no indication she was prepared to step down, saying instead she wanted to “continue to work very hard… to meet the aspirations of the Hong Kong people”.

Critics of the extradition bill fear the legislation will entangle Hong Kong residents in China’s notoriously opaque and politicised justice system, and damage the city’s reputation as a safe business hub. – Rappler.com