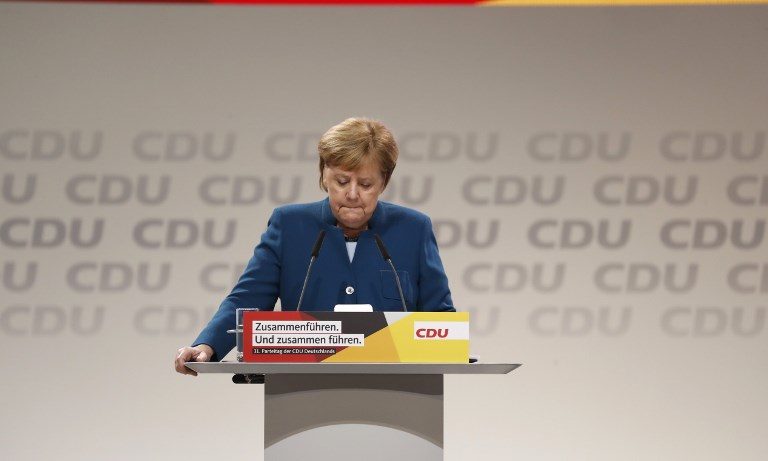 BERLIN, Germany – German Chancellor Angela Merkel dismissed concerns about her health after visibly trembling at an official ceremony Tuesday, June 19, saying she was just a bit dehydrated in the heat.

Merkel appeared unsteady and was shaking as she stood in the midday sun next to visiting Ukrainian president Volodymyr Zelensky, whom she was welcoming to her office building with military honors.

Asked by a reporter about her wellbeing at a news conference about 90 minutes later, Merkel smiled: “I’ve drunk at least 3 glasses of water and so I’m doing fine.”

Zelensky, 41, made light of Merkel’s uneasy spell, joking that he would have come to her rescue if necessary.

“She was standing next to me and completely safe,” he said.

Merkel, frequently called the European Union’s most influential leader and the most powerful woman in the world, turns 65 next month.

She has said she will leave politics at the end of her term, in 2021.

There were brief concerns about her health in 2014 when she was taken ill during a television interview. The broadcast was briefly interrupted when she experienced a drop in blood pressure.

Her spokesman Steffen Seibert explained at the time the leader did not feel well for a moment, then ate and drank something and continued the interview. – Rappler.com