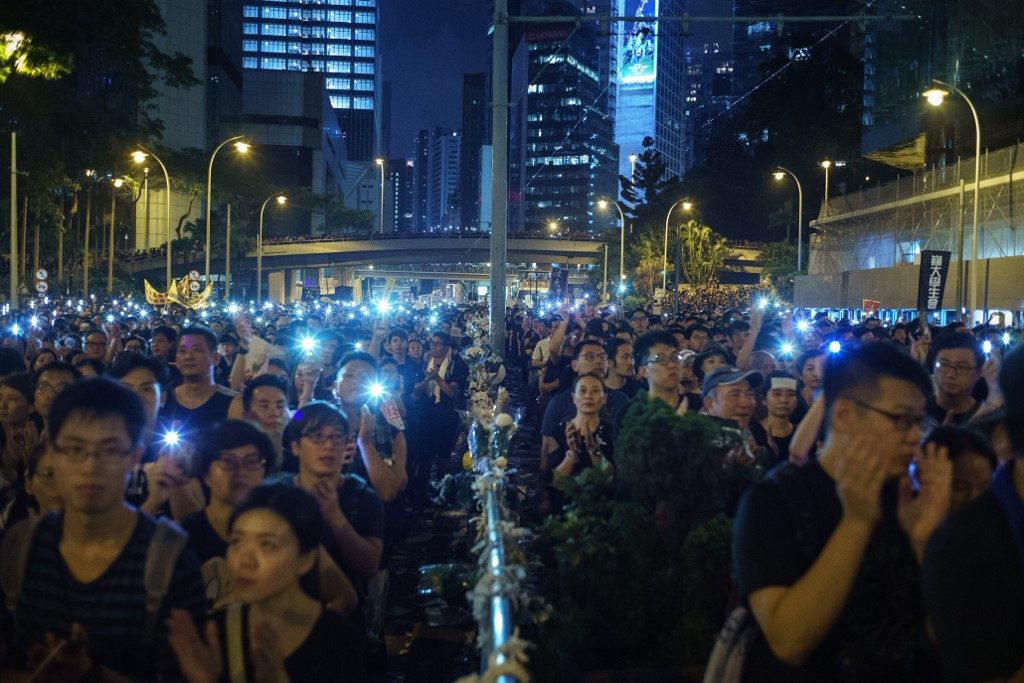 HONG KONG – Hong Kong opposition groups called for another major demonstration on Thursday, June 20, after the pro-Beijing government did not respond to demands of protesters who have shaken the city with massive rallies.

Millions have marched this month to oppose a proposed law that would have allowed extraditions to the Chinese mainland, but the huge protest movement has morphed into a larger rebuke of Hong Kong’s administration.

Under-fire chief executive Carrie Lam has apologized and suspended the controversial bill, but that has failed to quell the opposition, with protesters demanding she step down and completely withdraw the legislation.

A number of protest groups, including student unions, called for supporters to mobilize on Friday, June 21, asking people to gather at the city’s main government complex after the administration did not respond to their demands by the 5 pm (0900 GMT) deadline.

Supporters should “hold picnics” outside the legislature starting 7 am on Friday, read a statement circulated in a chat group on the messaging app Telegram by 8 informal protest groups. It also recommended a go-slow protest on roads and public transport, and urged people to gather in other parts of the city as well to show their support.

“Blossom everywhere,” it read. “There are many ways to participate. Think carefully about your own ways to show your love to Hong Kong.”

“June 21 is not the end of the fight, there will be more in the coming days.”

The groups also recommended a mass strike. It was not immediately clear which business and professional groups would support such a call.

In addition to Lam’s ouster and the extradition law’s withdrawal, protesters have also demanded the release of those detained during sporadic clashes with police last week, and an investigation into allegations of police brutality.

“The hope is to apply pressure before civil servants go to work if we have a certain amount of people,” said So Tsun Fung, president of the Chinese University of Hong Kong (CUHK) Students Union.

Lam has defied calls from protesters and vowed to stay on as chief executive.

A Hong Kong government press representative asked Agence France-Presse (AFP) to direct queries about the demands to Lam’s office, which could not be immediately reached for comment before the Thursday deadline passed.

The Civil Human Rights Front, a group that helped facilitate the massive June 9 and June 16 rallies, said it would support any lawful and peaceful protest by student groups.

The ongoing protests have been largely “leaderless,” with no one group or individual articulating demands or negotiating with authorities on the demonstrators’ behalf.

The minority pro-democracy bloc in Hong Kong’s legislature would back the mobilization by the student groups and urges them to remain peaceful, opposition lawmaker Claudia Mo told AFP.

“We will stand by any time, anywhere to make sure that there won’t be any repeat of police brutality,” she said, referring to the violence last week.

Opponents of the extradition bill that sparked the crisis have said they fear the proposal will ensnare the people of Hong Kong in mainland China’s opaque and politicized justice system and also give Beijing a tool to target its critics based in the semi-autonomous territory. – Rappler.com