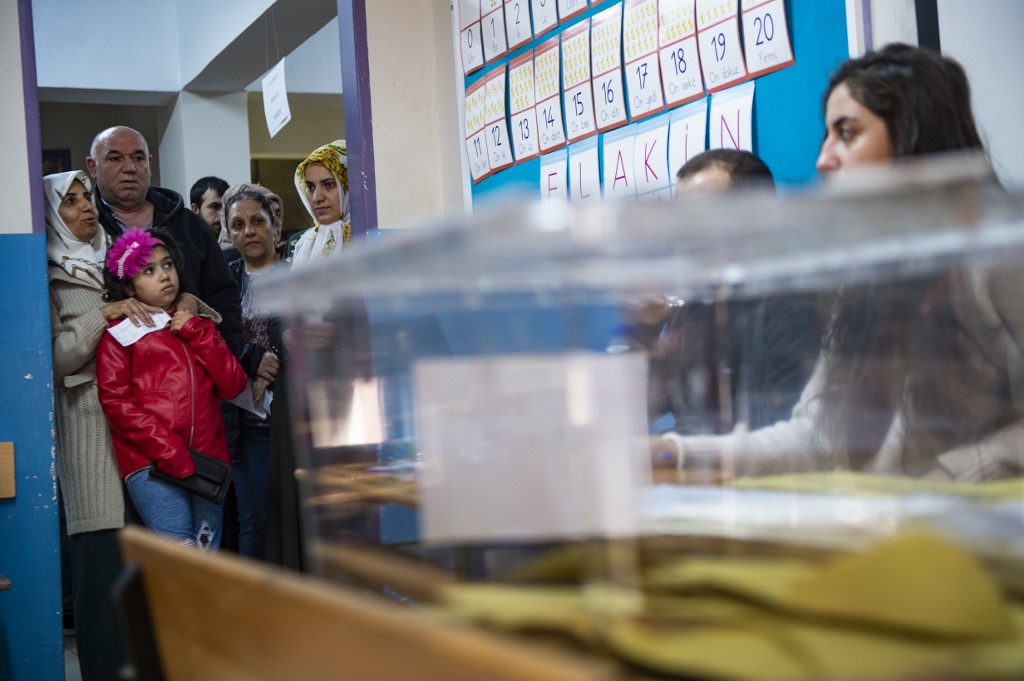 ANKARA, Turkey – Voters in Istanbul will take part in a re-run of the mayoral election on Sunday, June 23, after a vote in March was annulled over alleged irregularities.

Local elections around Turkey on March 31 showed the ruling party of President Recep Tayyip Erdogan remained the most popular overall, but it suffered a shock defeat in Istanbul, as well as losing the capital Ankara.

It was the first time in 25 years that neither Istanbul nor Ankara were under the control of the Justice and Development Party (AKP) or its predecessors.

However, the main opposition candidate Ekrem Imamoglu’s success was short-lived in Istanbul after Turkey’s top election body accepted claims of fraud by the AKP and called a re-run for June 23.

It did not annul the votes for the city council that were cast at the same time, and where the majority of seats went to Erdogan’s party.

Why is there another Istanbul election?

The AKP’s Binali Yildirim, an Erdogan loyalist and former premier, lost by around 13,000 votes to Imamoglu of the Republican People’s Party (CHP) in March.

After two weeks of multiple recounts, the AKP applied in April to the Supreme Electoral Council (YSK) to annul the vote, claiming there was widespread corruption and theft at the ballot box.

There were also claims some of the ballot box committee chairmen and members were not civil servants as required by Turkish law.

Critics of the ruling party claim the AKP pressured election authorities into calling the re-run in Istanbul because it is Turkey’s economic powerhouse, home to 15 million people, and vital to the AKP’s political machine.

“The municipality spends billions of US dollars on public tenders and services, which puts the AKP in direct contact with voters. In short, it’s the gasoline on which the AKP machine runs,” said Berk Esen, assistant professor of international relations at Ankara’s Bilkent University.

But Abdullah Guler, an AKP lawmaker in Istanbul, dismissed the allegations.

“If the AKP looked at the situation like this, it would have done the same (in other big cities like Ankara and Antalya),” he told AFP. “Why didn’t we? Because there was open corruption in Istanbul.”

Why is Erdogan campaigning less?

Before the March vote, Erdogan’s face and voice was everywhere. He held 102 rallies in 50 days in 59 provinces across the country despite not being on the ballot paper.

At first, it appeared he would continue this approach for the Istanbul re-run, with the Hurriyet daily reporting he would hold 39 rallies in the city’s 39 districts.

But that has not happened. On Wednesday, Hurriyet said Erdogan would make speeches in just 4 districts.

Guler said this was normal for a single-city election.

But others, like Esen, believe Erdogan is avoiding a major presence “so that he would not be the face of defeat, which seems very likely according to the opinion polls.”

“He did not want to campaign heavily because he is a polarizing figure and they tried a reconciliatory strategy,” Esen said, in the hopes of having a broader appeal.

But now, Esen added, “Erdogan is the last tool left at their disposal.”

What risk does Erdogan face?

The vote still remains highly significant for Erdogan — to keep alive his reputation as an unbeatable political force as well as to ensure divisions in the party are kept under wraps.

Ayse Ayata, a professor at Ankara’s Middle East Technical University, said if Imamoglu won, it would be “major chaos” for the AKP with members realising the party can lose.

But a victory for the AKP would be greeted with suspicion by Erdogan’s critics at home and abroad, where the order to replay the election has already drawn criticism.

“The whole democratic world will lose further faith in the process and in Turkey,” said Ayata.

A growing distrust in the West would then increase concern for investors over the trajectory of Turkey, whose economy was hit by tensions with the US last summer. The Turkish lira lost nearly 30 percent in value against the US dollar in 2018.

“It’s a lose-lose situation,” Esen said. “If he wins, he’ll only slow down the haemorrhage of votes for the time being. But if he loses a second time, it’s going to be a mortal blow to his regime and party.”

Guler, the AKP lawmaker, denied there was any risk to Erdogan or the party.

“The AK Party continues to have the support of the public,” he said, pointing to its control of 760 of Turkey’s 1,389 local authorities. – Rappler.com