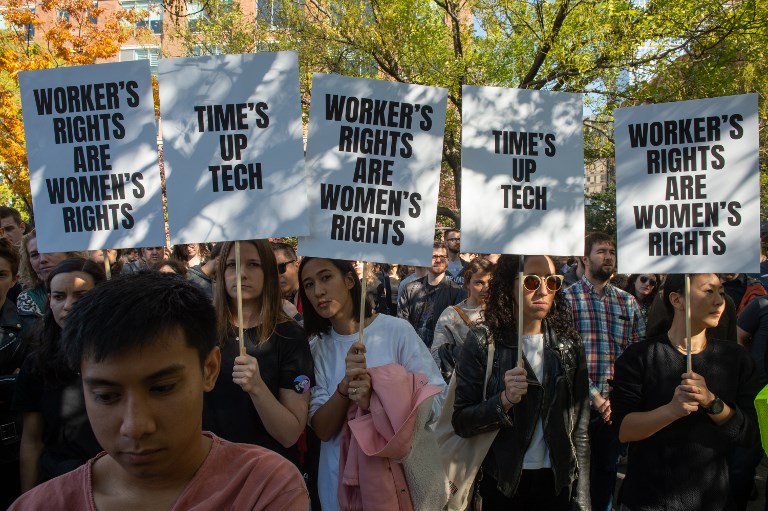 The text approved by an overwhelming majority at a conference marking the ILO’s 100th anniversary will become legally binding once it is ratified by national parliaments.

The UN’s labor agency began work on the convention in 2015, two years before the sexual harassment and assault allegations against Hollywood mogul Harvey Weinstein triggered the #MeToo movement.

But ILO director general Guy Ryder said that the global #MeToo campaign gave “momentum and significance” to the process.

Ryder conceded there had been “contentious” negotiations on the convention that establishes protection standards for workers worldwide on a range of issues, including sexual harassment.

A major stumbling block, he said, was defining “vulnerable groups.”

Many wanted the convention to name these groups – a list that would have included people who are lesbian, gay, bisexual, transgender or intersex (LGBTI).

Some governments, including in Africa, opposed a defined list and Ryder said a “better solution” to achieve consensus was a “generic” reference to vulnerable groups.

Even though some are unquestionably more vulnerable to violence and harassment in the workplace – notably women – Ryder stressed that the text offers protection to “everybody.”

Employers had been particularly concerned about whether the convention would seek to hold them responsible for abuses among colleagues that happened away from the workplace.

The text sought compromise by obligating employers to prevent violence and harassment “commensurate with their degree of control.”

But Alana Matheson, a lead negotiation for the employers delegation, said her camp still had concerns about the text’s “scope.”

Ryder underscored that the convention will have little effect if the legislative bodies in ILO member-states fail to act.

“What really matters right now (are) the decisions of governments to ratify these instruments,” he told reporters after the vote, that saw the convention secure 439 votes in favor, with 7 against and 30 abstentions.

The convention’s approval marked the highlight of the ILO’s 100th anniversary conference.

The labor body is the only agency set up under the League of Nationsfollowing World War I that survived fascism in Europe and the outbreak of World War II – ultimately becoming incorporated into the United Nations. – Rappler.com