Jun 22, 2019 11:02 AM PHT
Agence France-Presse
Facebook Twitter Copy URL
Copied
(UPDATED) Trade will be the focus of a two-day ASEAN Summit, amid discussions on the South China Sea, Myanmar's treatment of Rohingya Muslims, and ocean pollution 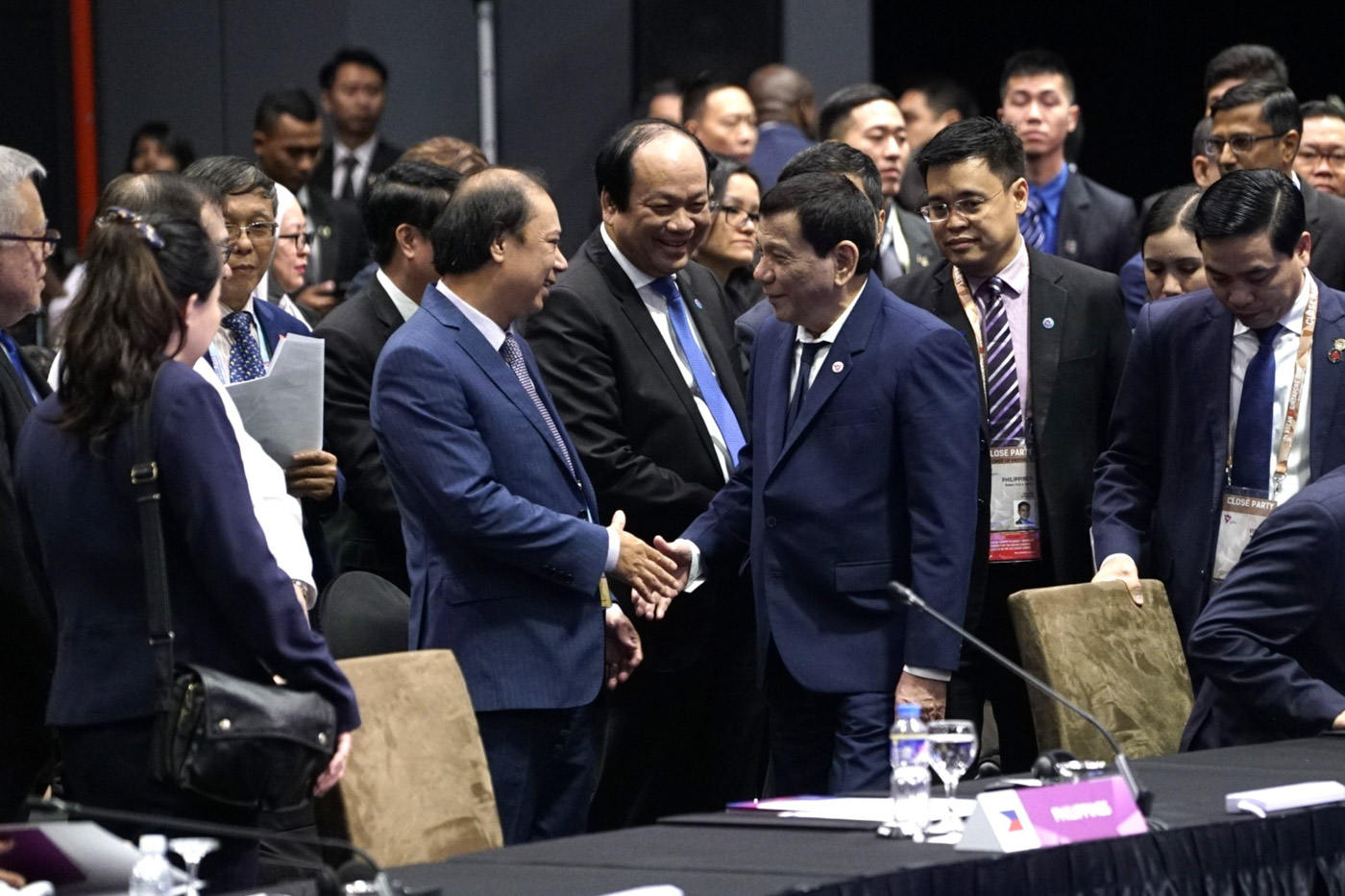 BANGKOK, Thailand (UPDATED) – Southeast Asian leaders gathered in Bangkok on Saturday, June 22, determined to drive forward the world’s largest commercial pact, with the trade war between the US and China clouding the outlook for their export-led economies.

Disputes in the flashpoint South China Sea, Myanmar’s persecution of Rohingya Muslims and plastic pollution in the seas are also set to be discussed at the two-day Association of Southeast Asian Nations (ASEAN) summit, chaired by Thailand.

But trade will take center stage with ASEAN leaders keen to hasten the signing of a China-drafted commercial deal covering around half the world’s population.

It is seen as a mechanism for China to draft the rules of Asia-Pacific trade, following a US retreat from the region.

Shortly after his election, President Donald Trump pulled the US from the Trans-Pacific Partnership (TPP) – which would have been the world’s largest trade deal – slamming it as an American “job killer.”

While tit-for-tat tariffs between the world’s biggest two economies have seen some manufacturers flee China to safer ASEAN hubs, economists say the big picture for global growth is bleak.

“Free trade is definitely what we need here in this region,” he said, adding that the US-China trade row has resulted in “the entire world catching a cold.”

Progress on the deal has stuttered in recent months with India digging in over fears cheap Chinese goods could flood its massive consumer market.

Australia and New Zealand have also raised concerns over a lack of labor and environmental safeguards.

The meat of the negotiations is expected to be got into later in the year, when trade envoys from all of the potential signatory countries assemble.

Malaysian leader Mahathir Mohamad on Friday raised the prospect of a joust with Myanmar over the Rohingya, the Muslim minority driven in massive numbers into Bangladesh by waves of concussive violence.

“We hope something can be done to stop the oppression,” he said.

The bloc is set to agree on a statement to “prevent and significantly reduce” marine debris – including plastic – across the region, according to a draft text seen by Agence France-Presse. – Rappler.com