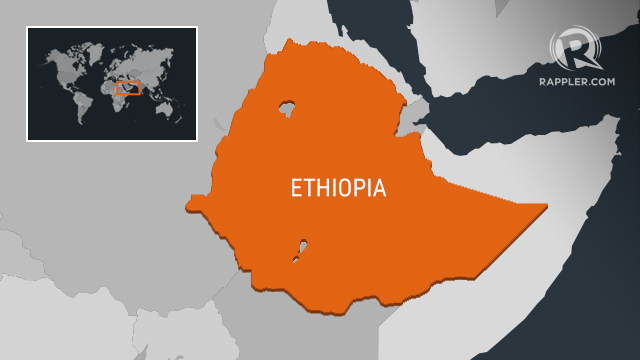 ADDIS ABABA, Ethiopia (3rd UPDATE) – Ethiopia’s army chief and the president of a key region have been shot dead in a wave of violence highlighting the political instability in the country as Prime Minister Abiy Ahmed tries to push through reforms.

The latest unrest in the Horn of Africa nation flared on Saturday afternoon, June 22, in Amhara, one of 9 autonomous regions, when a “hit squad” attacked a meeting of top officials, Abiy’s office said Sunday.

The men were “gravely injured in the attack and later died of their wounds,” she said.

“Several hours later in what seems like a co-ordinated attack, the chief of the staff of the national security forces Seare Mekonnen was killed in his home by his bodyguard” in the capital Addis Ababa, she added.

Also shot dead was a retired general who had been visiting him, Billene added.

The bodyguard has been apprehended while Asaminew is still on the loose, sources said.

The link between the two attacks were not immediately clear.

The internet has been cut nationwide since Saturday evening, after being severed for much of the previous week.

A journalist in the regional capital Bahir Dar told Agence France-Presse shooting had begun shortly after sunset and continued for several hours before ceasing.

An analyst said Saturday’s incident showed the seriousness of the political crisis in Ethiopia, where efforts by Abiy to loosen the iron-fisted grip of his predecessors and push through reforms has unleashed a wave of unrest.

“It is now critical that actors across the country do not worsen the instability by reacting violently or trying to exploit this unfolding situation for their own political ends,” the expert said.

Amhara in Ethiopia’s northern highlands, is the homeland of the ethnic group by the same name, and is the birthplace of many of its emperors as well as the national language Amharic.

The Amhara are the second-largest ethnic grouping after the Oromo, and both spearheaded two years of anti-government protests which led to the resignation of former prime minister Hailemariam Desalegn.

Abiy, an Oromo, took power in April 2018 and has been lauded for a string of efforts to reform a nation which has known only the authoritarian rule of emperors and strongmen.

He has embarked on economic reforms, allowed dissident groups back into the country, sought to crack down on rights abuses and arrested dozens of top military and intelligence officials

He also sealed a peace deal with neighboring Eritrea, a longtime foe.

However the loosening of the reins has also unleashed a wave of unrest.

Ethiopia’s 1995 constitution, written by the Ethiopian People’s Revolutionary Democratic Front (EPRDF) after it unseated the Derg military junta in 1991, partitioned the country into 9 autonomous regions with borders following ethnic lines.

The EPRDF itself is a coalition of 4 parties from Oromia, Amhara, Tigray and the Southern Nations, Nationalities, and Peoples’ Region.

Observers say that Abiy’s plans to hold an election in 2020 has stirred up resentment in local politics, with other regional parties contesting the hold of those within the EPRDF, and seen a rise in ethno-nationalism.

At the same time, longstanding tensions in a country of more than 80 ethnic groups have burst into the open, often over land and resources in Africa’s second most-populous nation.

Over a million people have been displaced by ethnic clashes, which analysts attribute to multiple causes, such as the weakening of the once all-powerful ruling EPRDF and different groups trying to take advantage of opportunities presented by the political transition.

In other regions, dozens of people have been killed in the last few months in clashes between residents of northern Benishangul Gumuz and Amhara states.

The security chief Asaminew, accused of being behind the attack in Amhara, was in 2018 released from prison after being held over a 2009 coup plot by the armed opposition group Ginbot 7 and Davison described him as an Amhara hardliner.

The coup attempt comes a year after a grenade explosion at a rally Abiy was addressing left two people dead. – Rappler.com