Iran reports previous incident with ‘spy drone’ in May 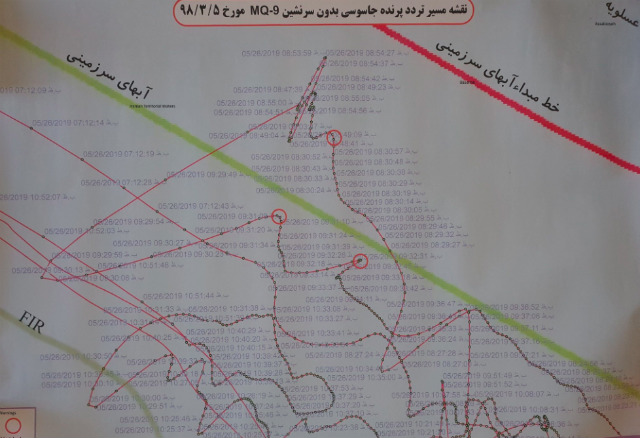 Days after Iran shot down another US drone it said had entered its territory, Zarif said the US-made MQ9 Reaper – also widely used for carrying out military strikes – had entered Iranian airspace on May 26.

The drone was first warned at around 08:30 PM, the map showed, without specifying a time zone.

That was shortly after the aircraft entered Iran’s territorial waters off the coast of Asaluyeh city in Bushehr province.

It was warned twice more about an hour later, after it had left the Islamic Republic’s airspace and circled close to the border again.

Tensions between Washington and Tehran flared after Iranian forces on Thursday shot down a US drone, the latest in a series of incidents including attacks on shipping in sensitive Gulf waters.

Iran said that drone had violated its airspace, near the strategic Strait of Hormuz – a claim the US denies.

In response, the US prepared to carry out a military strike against Iran but President Donald Trump said he had called it off at the last minute.

That came as tensions spiked between the two countries following attacks on tankers in the Gulf, which the US has blamed on Iran – accusations vehemently denied by the Islamic Republic. – Rappler.com