Indian rescuers to airlift bodies back from Himalaya slope

Jun 24, 2019 4:11 PM PHT
Agence France-Presse
Facebook Twitter Copy URL
Copied
Indo-Tibetan Border Police spokesman Vivek Kumar Pandey says the bodies would be brought to the base camp from where they will attempt to airlift them down using special choppers 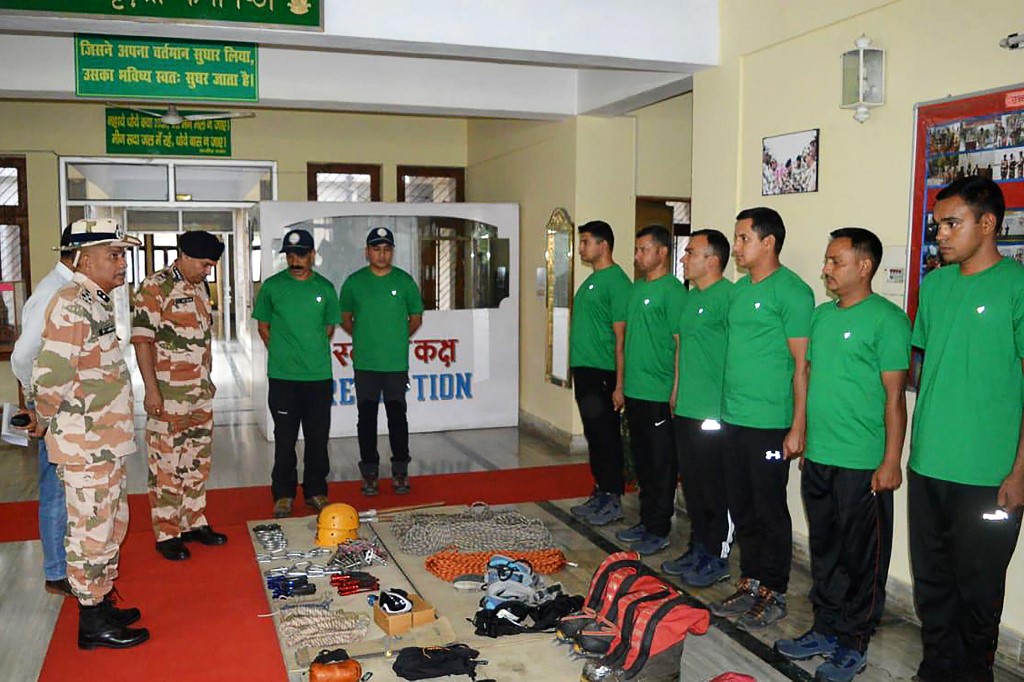 NEW DELHI, India – Bad weather hampered efforts Monday to bring down the bodies of 7 climbers from the upper reaches of the Himalayas, an Indian military spokesman said.

The search for the final member of the group of four Britons, two Americans, one Australian and their Indian guide was set to continue in harsh conditions, said Indo-Tibetan Border Police spokesman Vivek Kumar Pandey.

The seven bodies were retrieved Sunday on Nanda Devi in India’s northern state of Uttarakhand and taken to a “safe place” some 800 feet (245 meters) down, after a search operation that lasted nearly a month.

The climbers were believed to have been hit by an avalanche as they attempted to summit one of Nanda Devi’s peaks that has not yet been conquered.

Pandey said the bodies would be brought to the base camp from where they will attempt to airlift them down using special choppers.

“Further transportation will probably be done by winching the bodies up by helicopter as the conditions mean the bodies cannot be carried by land,” added the spokesman.

Maninder Kohli of the Indian Mountaineering Foundation told AFP that it would be “dangerous” to bring the bodies back by land.

“Helicopter winching will be the quickest and best way as you have to give respect to the dead men.”

The bodies were spotted from the air earlier this month but attempts to retrieve them were repeatedly put back because of the bad weather and difficult terrain.

The onset of the annual monsoon has brought heavy snowfall and rain to India’s second highest mountain.

The 8 climbers were part of a 12-member expedition, but 4 Britons were rescued after breaking away.

The missing climbers last communicated on May 26, a day before heavy snow fell and massive avalanches hit the slopes.

The main group – led by experienced British mountaineer Martin Moran – had permission only to climb the eastern peak of Nanda Devi, according to Indian authorities.

But families of the climbers have disputed this.

Indian officials say the group risked their lives by taking the untested route to reach the peak named only 6477.

Moran’s family said on June 6 the team had an “open permit” from the Indian Mountaineering Foundation (IMF) which covered Nanda Devi East “and all peaks which could be reached from the base camp, peak 6477 being one of these.”

“The team met with the IMF before the expedition and discussed their plans to summit Peak 6477 during their trip,” the family said in a statement posted on Facebook. – Rappler.com