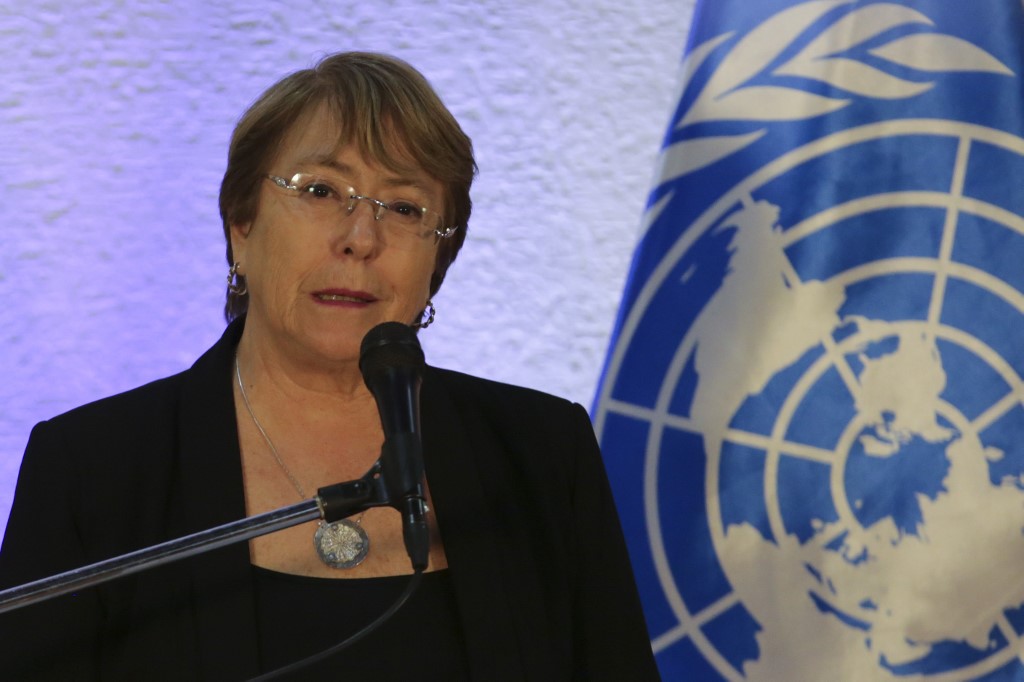 GENEVA, Switzerland – The UN rights chief called Monday, June 24, for countries to repatriate family members of suspected foreign fighters in Syria, including some 29,000 foreign children of Islamic State group jihadists (IS, formerly known as ISIS or the Islamic State in Syria and Iraq).

In her opening address to the UN Human Rights Council in Geneva, Michelle Bachelet insisted that countries must take responsibility for their nationals caught up in Syria’s drawn-out war.

Following the collapse of the Islamic State group, foreign alleged fighters from nearly 50 countries have been detained in Syria and Iraq, and over 11,000 of their family members are being held in Syria’s al-Hol camp alone “in deeply sub-standard conditions,” Bachelet said.

Several governments have been grappling with the problem of what to do with captured jihadist fighters from their country, the women who married them and their children.

The UN High Commissioner for Human Rights said there should be no doubt.

“Foreign family members should be repatriated, unless they are to be prosecuted for crimes in accordance with international standards,” she said.

“Children, in particular, have suffered grievous violations of their rights, including those who may have been indoctrinated or recruited by ISIL to perpetrate violent acts,” she said, using another acronym for the Islamic State group.

“The primary consideration must be their rehabilitation, protection and best interests.”

The UN rights chief pointed to UNICEF estimates that there are some 29,000 children of foreign fighters in Syria – 20,000 of them from Iraq – and most of them under 12.

Many of the children were born in Syria, and some governments have refused to give them the nationality of their parents.

“Despite the complexity of these challenges, rendering people stateless is never an acceptable option,” Bachelet said, especially taking issue with measures that render children stateless.

“Thousands of young children have been born to foreign families during the years of conflict, and states should provide the same access to nationality for children born to their nationals in conflict zones as is otherwise applicable,” she said.

“To inflict statelessness on children who have already suffered so much is an act of irresponsible cruelty,” she insisted.

Bachelet also stressed that countries were responsible for their citizens facing prosecution for being foreign fighters in Syria, as well as in Iraq, where more than 150 have been sentenced to death under the country’s anti-terrorism law.

“States have important responsibilities for their own nationals,” she said.

“If citizens are suspected of committing serious crimes in another country, or detained on any grounds, the state of origin should make all efforts to ensure that they will be treated in accordance with international law.” – Rappler.com