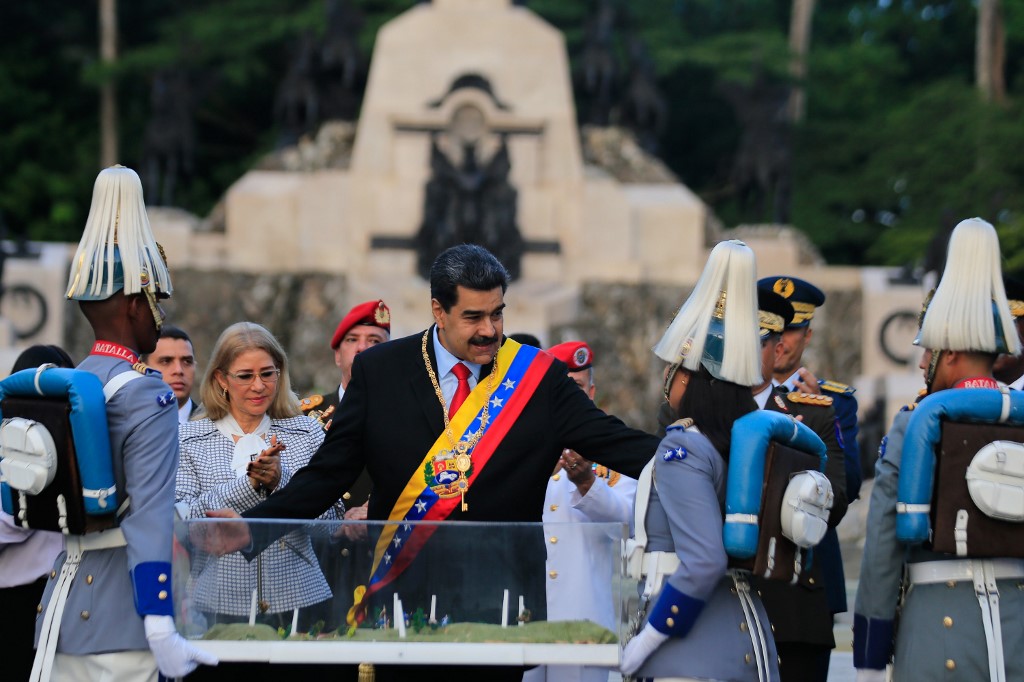 “I’m proud of what I did,” he said in an interview published online late Monday, June 24. “For now, the regime has gotten ahead of us. But that can quickly change.”

The highest-profile defector against the Maduro regime, Figuera was sacked after supporting the April 30 uprising by opposition leader Juan Guaido and spent two months in hiding in Colombia before his arrival in the United States on Monday, according to the Post.

Venezuela is caught in an economic crisis and a political standoff between Maduro and Guaido, who declared himself interim president earlier this year, securing recognition from the US and more than 50 other countries. (READ: 3.3 million people have fled Venezuela crisis – UN)

Maduro, re-elected last year in elections widely seen as rigged, has so far retained the support of the powerful military.

The former head of security for late president Hugo Chavez, Figuera told the newspaper that members of Maduro’s family and his government were engaged in money laundering and corruption, and alleged that Hezbollah cells were allowed to operate in Venezuela and raise funds.

An Iran-backed Shiite movement, Hezbollah is listed as a “terrorist group” by the United States.

“I quickly realized that Maduro is the head of a criminal enterprise, with his own family involved,” he said, accusing the president’s son, Nicolas Maduro Guerra, of running an illicit scheme involving the sale of gold at high prices to Venezuela’s central bank.

“Raul Castro was like an adviser for Maduro,” Figuera said. “If he was in any meeting, it would be interrupted if Castro was on the phone.”

The newspaper said it could not independently confirm the allegations, which emerged the same day as an announcement by another high-profile Maduro critic that he was released from house arrest.

Former Venezuelan police officer Ivan Simonovis, who was serving a 30-year sentence for his role in a failed 2002 coup against late President Hugo Chavez, confirmed his whereabouts for the first time since a “pardon” issued by Guaido in his capacity of interim president.

“I’M FREE!” the Caracas police commissioner wrote on Twitter, posting photos of himself in Washington at a monument to South American liberator Simon Bolivar.

“I am on the streets thanks to the efforts of many people, but especially those of active officials who are not at the service of tyranny, they are on the right side: that of Freedom and Democracy for Venezuela.”

The opposition and human rights groups regarded Simonovis as a political prisoner, a claim denied by Maduro’s government. – Rappler.com