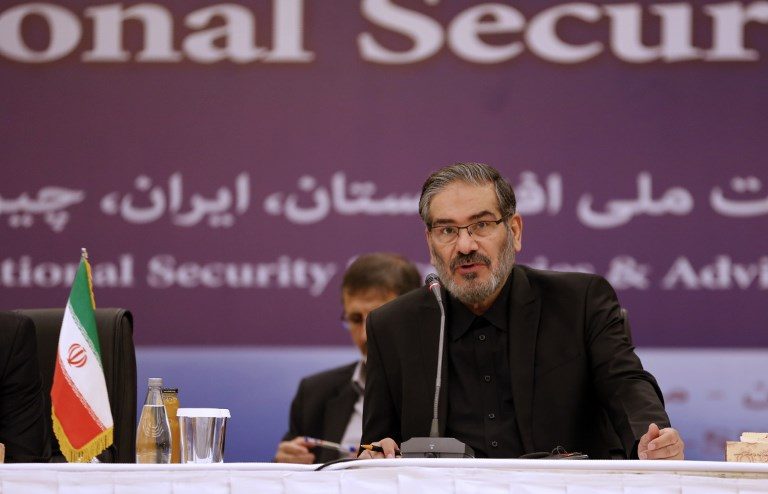 Tehran had announced on May 8 that it was suspending two of its 2015 pledges and gave Europe, China and Russia a two-month ultimatum to help Iran circumvent US sanctions and sell its oil or it would abandon two more commitments.

Last year Washington withdrew from the landmark nuclear deal and reimposed sanctions on Tehran, and Europe’s efforts so far to help Iran economically benefit from the accord have been dismissed by Iran’s supreme leader Ayatollah Ali Khamenei as a “bitter joke.”

“As of July 7, Iran will forcefully take the second step of reducing its commitments” to the nuclear deal, Rear Admiral Ali Shamkhani, secretary of Iran’s Supreme National Security Council, was quoted as saying by Fars.

This was so “countries who interpreted Iran’s ‘patience’ with weakness and inaction realize that Iran’s answer to the American drone’s violation of its airspace will be no different than its reaction to devious political efforts to limit Iranian people’s absolute rights,” he added.

Amid escalating tensions last week, Iran shot down a US spy drone it said had crossed into its territory, a claim denied by the United States.

Russia, a key ally of Iran, on Tuesday backed Iran’s version of events.

US President Donald Trump said he ordered retaliatory air strikes against Iran but pulled back at the last minute.

Shamkhani slammed Europe’s “political insolence” for expecting Iran to continue its commitments without them fulfilling their end of the deal and said it showed a “lack of will” to face the US.

France’s Foreign Minister Jean-Yves Le Drian said Iran would be making a “serious mistake” if it violates the deal by through abandoning commitments.

In a joint statement on Monday, June 24, Britain, France and Germany said they were “committed to working hard for the full implementation of (the nuclear deal) and urge all sides to do the same.”

Shamkhani in response said the E3 statement and “Trump’s game of sanctions” were two sides of the same coin and that Europe has so far “paid no cost for saving” the deal.

In retaliation to the European inaction, Iran has begun to increase its enriched uranium and heavy water stockpile and is set to soon pass the limits set in the deal.

The second step would involve breaking past the 3.67% restriction on enriching uranium and restarting development of a heavy water reactor that was put on hold. – Rappler.com