Jun 26, 2019 7:18 AM PHT
Agence France-Presse
Facebook Twitter Copy URL
Copied
The canine unit of Mexico's Marines honors Frida during her retirement after saving 12 people's lives in her decade-long career as a search and rescue dog 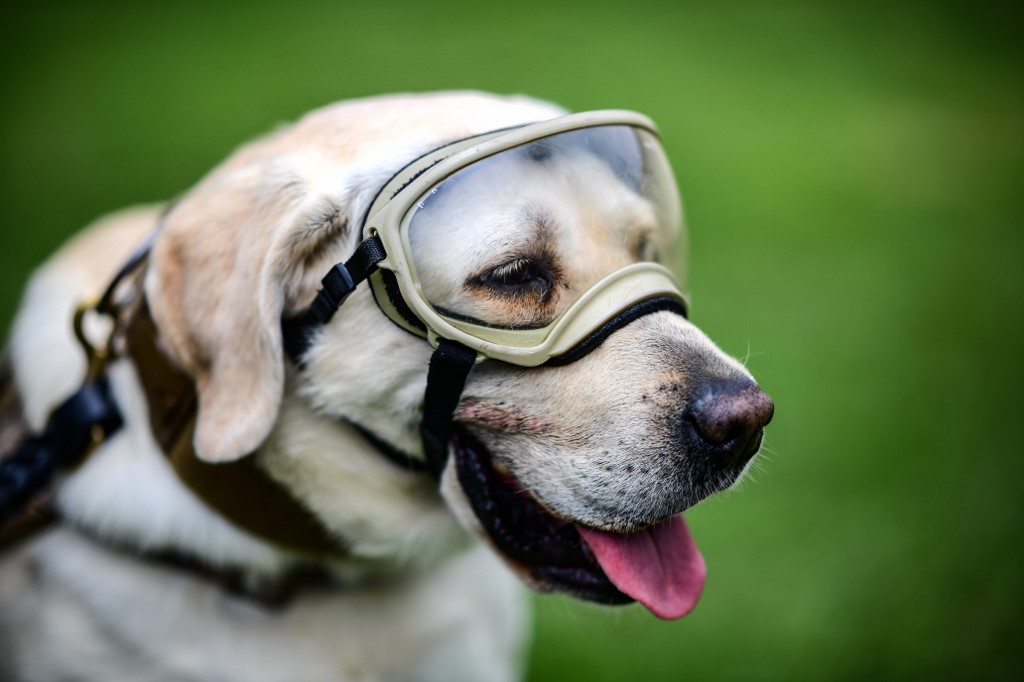 MEXICO CITY, Mexico – Frida the rescue dog, a labrador retriever who gained worldwide fame for her heroics after the earthquake that devastated Mexico on September 19, 2017, officially retired from duty Monday, June 24.

Frida, who adorably sniffed through the rubble in her protective goggles and booties in the hours after the tragedy, was sent into doggy retirement at 10 years old in a ceremony at the canine unit of the Mexican marines.

“Frida stole the heart of all Mexico and thousands more abroad… Her bark always gave hope, and in moments of pain and uncertainty she brought relief.”

Frida saved 12 people’s lives across her decade-long career as a search and rescue dog, the navy said.

The emergency response efforts she took part in included earthquakes in Haiti and Ecuador in 2010 and 2016, respectively, and an explosion at the headquarters of Mexican state oil company Pemex in 2013.

Her job after the 7.1-magnitude earthquake that shook Mexico City was to look for survivors in the rubble of the Rebsamen elementary school, where 19 children and 7 adults were killed.

Frida’s handlers removed her famous mask and booties at the ceremony, and she received a chew toy as a symbol of her new life in retirement.