Bodies of climbers found in Himalayas were roped together – police

Jun 27, 2019 7:09 PM PHT
Agence France-Presse
Facebook Twitter Copy URL
Copied
The search for the eighth climber in the group of 4 Britons, two Americans, one Australian and their Indian guide continue with bad weather hampering the operations in the treacherous terrain 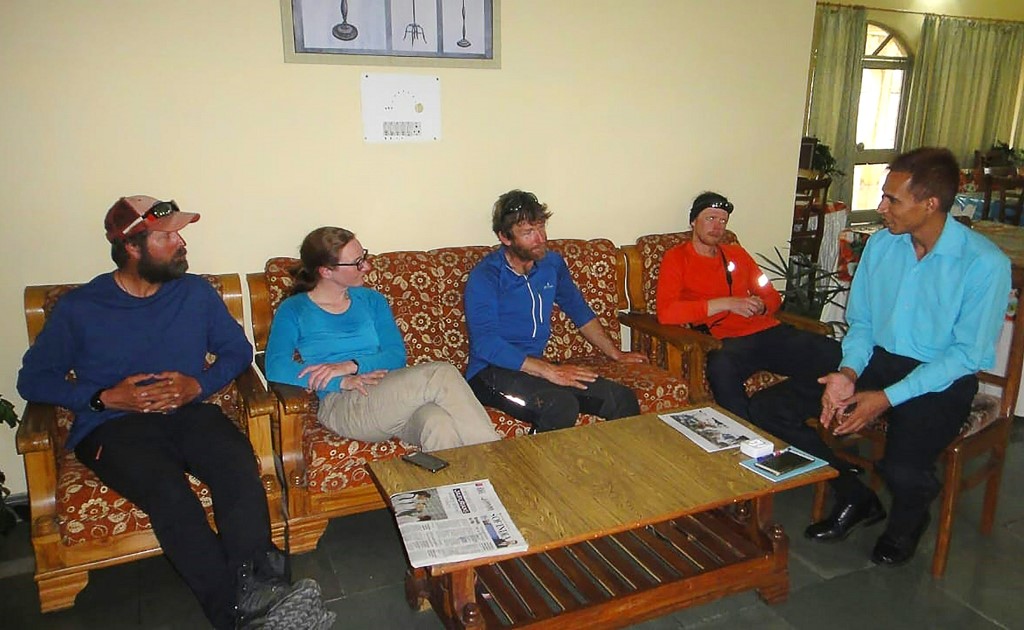 Their bodies were retrieved last Sunday, June 23, from a height of 6,500 meters (21,300 feet) and taken to a “safe place” few hundred feet down in the Nanda Devi mountain range, after a search operation that lasted nearly a month.

The search for the eighth climber in the group of 4 Britons, two Americans, one Australian and their Indian guide continued Thursday with bad weather hampering the operations in the treacherous terrain.

“The bodies were tied together with a rope when we found them,” said Vivek Kumar Pandey, spokesman of the Indo-Tibetan Border Police.

“The eighth climber whose body is missing could have been the lead mountaineer and may have gone ahead of the rest of the group,” Pandey told Agence France-Presse.

“His position is difficult to ascertain. It’s likely that his body has been covered by snow as we have been searching for the last 4 days but to no avail.”

The climbers were believed to have been hit by an avalanche as they attempted to summit one of Nanda Devi’s peaks that has not yet been conquered.

The bodies were spotted from the air earlier this month but attempts to retrieve them were repeatedly put back because of the bad weather and difficult terrain.

The 8 climbers were part of a 12-member expedition, but 4 Britons were rescued after breaking away.

The missing climbers last communicated on May 26, a day before heavy snow fell and massive avalanches hit the slopes.

On Thursday, the rescue team shifted the 7 bodies to an area further lower down where smaller helicopters can operate and bring them to a border post.

“The border outpost is at a height of about 3,657 meters (12,000 feet) and bigger military helicopters can land here,” Pandey said.

“The bigger chopper can take the bodies down and hand them over to the district administration for identification.”

The main group – led by experienced British mountaineer Martin Moran – had permission only to climb the eastern peak of Nanda Devi, according to Indian authorities.

But families of the climbers have disputed this. – Rappler.com