Jun 28, 2019 4:35 PM PHT
Agence France-Presse
Facebook Twitter Copy URL
Copied
The move is a crucial step "towards achieving a rational drug policy that puts science and public health before punishment and incarceration," he said in a statement on Thursday. 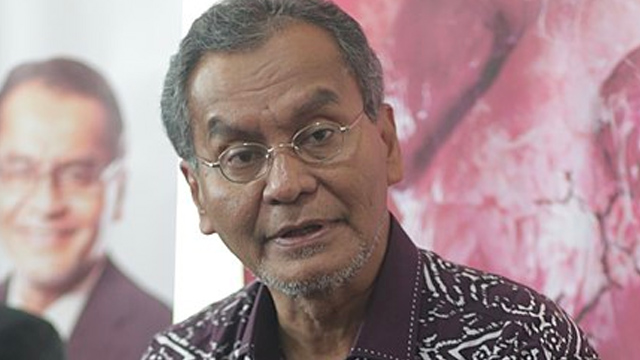 KUALA LUMPUR, Malaysia – Malaysia has proposed removing criminal penalties for possession and use of drugs in small amounts, a move medical groups said will help addicts break a “cycle of imprisonment and poverty.”

The Southeast Asian country currently has tough anti-drugs laws – those caught with relatively small quantities of cannabis, heroin and cocaine may be charged with drug-trafficking and face the death penalty.

If narcotics are decriminalized, it would be a rare step in a region where many governments hand down harsh punishments for drug-related crimes.

The move is a crucial step “towards achieving a rational drug policy that puts science and public health before punishment and incarceration,” he said in a statement on Thursday.

“An addict shall be treated as a patient (not as a criminal), whose addiction is a disease we would like to cure.”

He insisted it did not mean that Malaysia was seeking to legalize drugs, and trafficking will remain a crime.

The policy is in the early stages and the minister did not give further details.

The announcement was welcomed by dozens of NGOs and medical groups, including the Malaysian Medical Association and the Academy of Medicine Malaysia, who backed the “public health approach” to drug use.

“Criminalization makes many drug users afraid to ask for medical help for fear of punishment and a criminal record,” they said in a joint statement, adding the current policy “creates a cycle of imprisonment and poverty” for addicts.

Earlier this week, Home Minister Muhyiddin Yassin said that most of the 70,000 prisoners in Malaysia were drug addicts.

It remains to be seen whether the government, a reformist alliance that took power last year, can push through such a controversial change in a country where many are staunchly against drugs.

The government announced with great fanfare last year that would it abolish capital punishment entirely. But after a backlash, authorities dropped that plan and now say only the mandatory death penalty will be axed. – Rappler.com