Jun 28, 2019 9:07 PM PHT
Agence France-Presse
Facebook Twitter Copy URL
Copied
A source at the United Nations, which along with Egypt mediates between Israel and Gaza's Islamist rulers Hamas, says Israel had agreed to ease these restrictions in exchange for calm 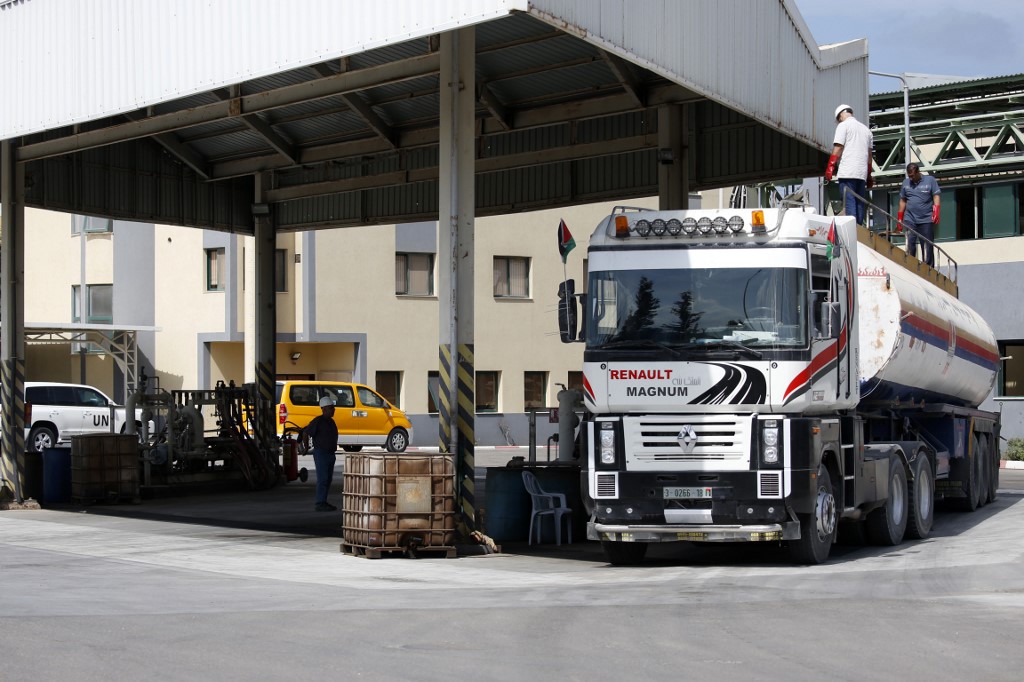 JERUSALEM – Israel allowed Gaza fuel deliveries to resume and expanded its fishing zone on Friday, June 28, in exchange for calm in the enclave, Israeli and Palestinian officials and a UN source said.

Israel began blocking deliveries of fuel to the Gaza Strip on Tuesday after new incendiary balloons were launched from the Palestinian territory, causing fires on Israeli farmland.

A source at the United Nations, which along with Egypt mediates between Israel and Gaza’s Islamist rulers Hamas, said on Friday Israel had agreed to ease these restrictions in exchange for calm.

“It has been agreed to immediately stop launching incendiary devices and other violent acts,” the source told AFP on condition of anonymity.

“Israel will allow the import of fuel to the Gaza Power Plant to be restored, the return of fishing boats that had been confiscated and will extend the fishing zone up to 15 nautical miles.

“Implementing these understandings in full is critical to reducing tensions.”

A spokesman for the fishing union confirmed the distance they were allowed to fish off Gaza’s coast had been increased to 15 nautical miles.

An Israeli official, speaking on condition of anonymity, confirmed the UN and Egypt had brokered the understanding, which includes an “end to violence on the part of Hamas”.

“If Hamas does not live up to its commitments, Israel will reimpose these sanctions,” the official said.

The balloons, which have incendiary devices attached, are floated across the border fence from Gaza into Israel and have caused hundreds of fires in the last year.

Israel and Hamas have fought three wars since 2008 and fears of a fourth remain.

Israel maintains a crippling blockade of Gaza it says it is necessary to isolate Hamas, but which critics label collective punishment.

Under an informal agreement brokered in November, the Jewish state was expected to ease restrictions in exchange for calm but Hamas has since accused Israel of not abiding by the agreement.

Fuel deliveries, which are coordinated with the United Nations and paid for by Gulf state Qatar, were part of that truce agreement.

They have improved electricity supply in the enclave, where residents currently receive around 12 hours of power a day, according to the UN.

Before the deal, the daily power supply was regularly as low as 6 hours. – Rappler.com