Jun 29, 2019 12:13 AM PHT
Agence France-Presse
Facebook Twitter Copy URL
Copied
China's statement comes a day before US President Donald Trump is to meet his Chinese counterpart Xi Jinping on the sidelines of the G20 summit in Japan in an attempt to resolve an escalating trade war 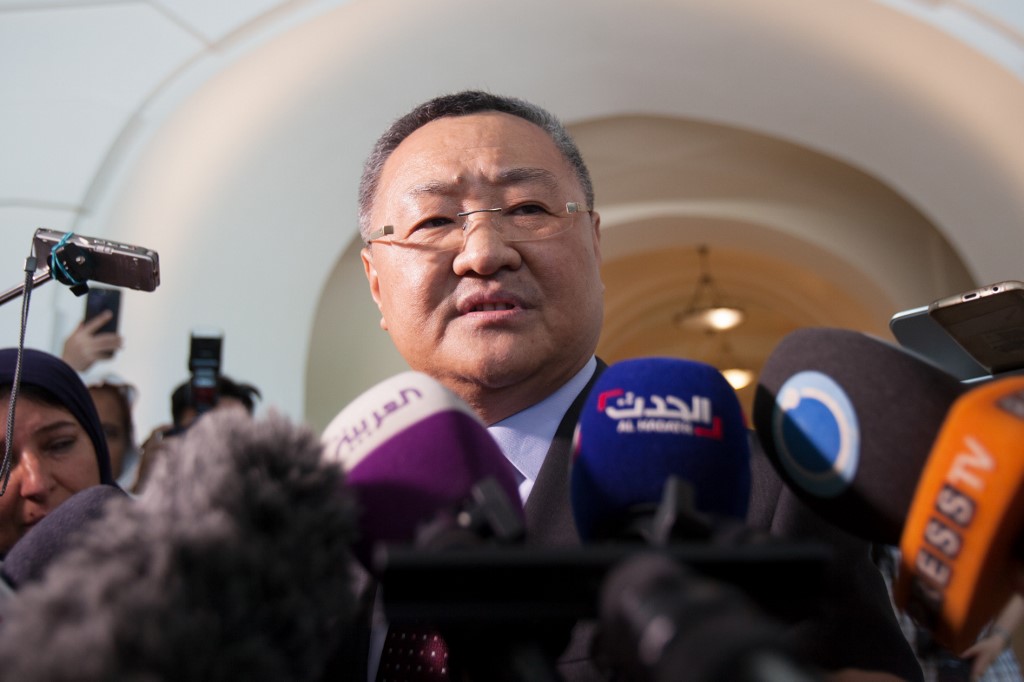 VIENNA, Austria – China said Friday, June 28, it would import Iranian oil in defiance of US sanctions on Tehran, a day before US and Chinese leaders are to meet to try to resolve thorny trade disputes.

The United States, which is trying to force Iran to renegotiate an agreement limiting its nuclear program, at the end of May tightened sanctions to include a full ban on Iran’s exports of oil and has threatened to punish nations which refuse to go along.

The sanctions have led to a plunge in Iranian oil exports, a key source of revenue for the government.

But according to an International Energy Agency report earlier this month Iran was continuing to export some oil, although it was difficult to say to which countries the crude was being shipped.

“We do not accept this so-called zero policy of the United States,” said Cong, who was speaking on the sidelines of a meeting on the implementation of the 2015 Iranian nuclear deal.

The deal with European powers, Russia and the United States relaxed trade restrictions on Iran in exchange for limits on its nuclear program, but President Donald Trump has pulled Washington out of the agreement.

That has led to the unravelling of the deal that aimed to boost regional security.

Cong’s statement comes a day before Trump is to meet his Chinese counterpart Xi Jinping on the sidelines of the G20 summit in Japan in an attempt to resolve an escalating trade war. – Rappler.com