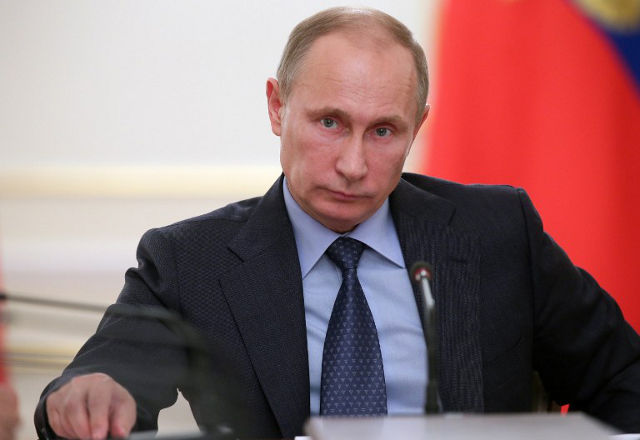 OSAKA, Japan – Russian President Vladimir Putin on Saturday, June 29 blasted ideas of freedom of sexuality and gender identity, saying they are being forced on an unwilling majority, leading to political changes like the election of Donald Trump.

Speaking at a press-conference following the G20 summit in Japan, Putin said Western liberalism is “devouring itself” and defended Russia’s ban on “gay propaganda,” after criticism from musician Elton John.

“In some European countries parents are told that girls can no longer wear skirts to school? What is this?” Putin said in a rambling monologue blasting policies meant to encourage tolerance.

“There is a real overreach and this liberal idea begins devouring itself,” he said.

“There are all kinds of things now – they came up with 6 or 5 genders: transformers, trans… I don’t even understand what it is.”

He said parts of society are “rather aggressively coercing” the majority to accept new attitudes.

“You can’t impose your point of view by force,” he said.

“Representatives of the liberal idea impose certain sexual education in schools, parents don’t want it and are practically jailed…people are fed up,” he said.

“This may explain the Trump phenomenon, his victory, this is why unhappy people take to streets in Western Europe.”

While everyone is blaming Russia for political meddling, these are the real “deep reasons” for discontent, he said.

Elton John on Friday addressed Putin with a series of tweets after Putin said Russia had “no problem” with LGBT people and wants everyone to be happy.

John said it did not match Russia’s actions, following recent censorship of his film Rocketman, with distributors “removing all references to my finding true happiness” through the relationship with his husband David.

But Putin on Saturday said Elton John is a “musical genius” who is “wrong.”

“We have a very calm attitude about LGBT community,” he said. “We have a law everyone criticizes us for, the law on banning propaganda of homosexualism to minors.”

“But listen, let a person grow up, become an adult, and decide who he is. Leave the children alone.”

Elton John’s movie Rocketman was rated 18+, so minors in Russia would not see it in cinemas. – Rappler.com