Jun 30, 2019 10:38 PM PHT
Agence France-Presse
Facebook Twitter Copy URL
Copied
'There was a fight between a hundred migrants over a stolen phone, and one of them started the fire and called the police,' says the community leader of the migrant camp 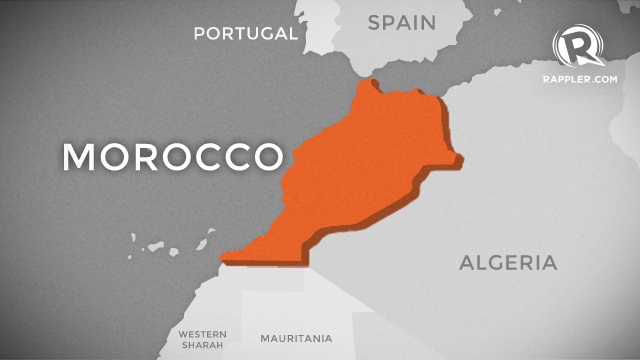 RABAT, Morocco – A blaze ripped through a migrant camp in the Moroccan city of Casablanca on Sunday, June 30, leaving “many injured”, authorities and camp residents said.

Illegal but tolerated by authorities, the Oulad Ziane camp near the coastal city’s main bus station has for years been home to hundreds of migrants from sub-Saharan Africa.

It is the largest and one of the last informal camps left in the kingdom, following a push by authorities to dismantle others.

“The camp burned down, and many injured were hospitalized,” said Camara Lassine, a community leader in the camp.

“There was a fight between a hundred migrants over a stolen phone, and one of them started the fire and called the police,” he said.

“We don’t know if we’ll be allowed to return.”

Authorities said the fire broke out amid “plastic tents and debris” but was later brought under control without causing any deaths.

Blighted by a poor hygiene and violence, Oulad Ziane camp was hit by 4 fires last year.

A steady flow of sub-Saharan migrants enter Morocco each year aiming to reach Europe by sea or via the Spanish enclaves of Ceuta and Melilla at the kingdom’s northern tip.

But many eventually settle in Morocco, which has conducted two campaigns since 2014 granting residency to 50,000 illegal immigrants, according to authorities. – Rappler.com