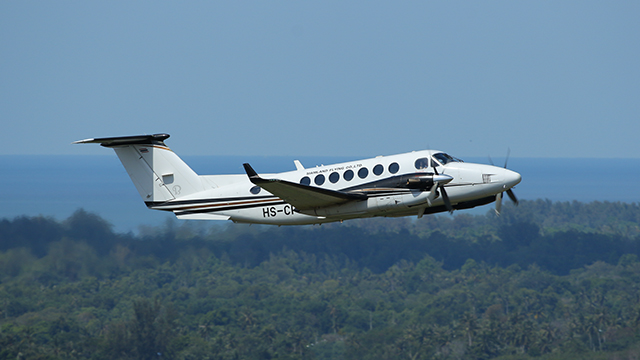 “The Dallas County Medical Examiner has confirmed 10 fatalities and no survivors,” a spokeswoman for the town of Addison, Texas told Agence France-Presse.

The plane was heading for St Petersburg, Florida, and was carrying two flight crew and 8 passengers, Vice Chairman of the National Transportation Safety Board (NTSB) Bruce Landsberg said.

There were few details on what caused the crash, which the NTSB is investigating, he said.

“There are any number of possibilities that could occur,” Landsberg told a press conference.

A massive column of black smoke poured out of a building at the airport in Addison after the crash, as firefighters directed streams of water toward the blaze.

The NTSB investigator in charge of the accident, Jennifer Rodi, said the plane, which had changed ownership recently, hit a private hangar at the airport.

CBS News quoted sources as saying the aircraft lost an engine on takeoff and veered into the hangar.

In June, 9 were killed when a small twin-engine plane crashed in Hawaii. – Rappler.com