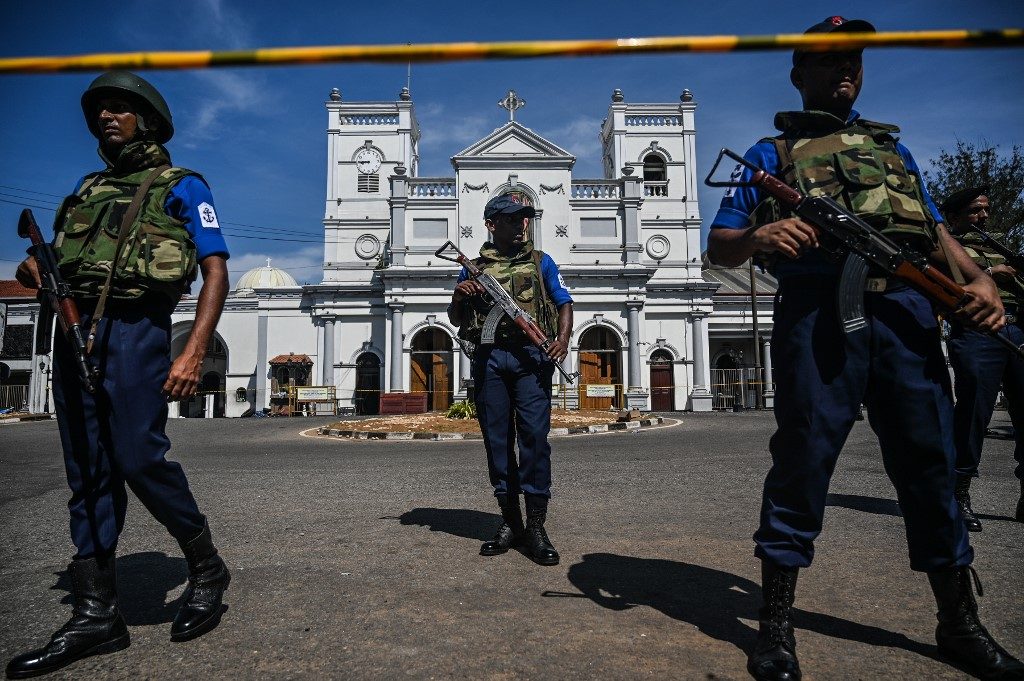 “The two officials should be brought before a magistrate for their criminal negligence to prevent the April 21 attacks,” de Livera said in a letter to the acting police chief.

“Their negligence amounts to what is known under international law to be grave crimes against humanity.”

There was sufficient evidence to prosecute both officials for murder which carries the death penalty, de Livera said. For lesser charges of negligence leading to damage of property, they could face up to 52 years in prison.

Both should be treated as “criminal suspects,” de Livera said, strongly hinting that the duo should be arrested.

He ordered acting police chief Chandana Wickramaratne to record statements from both men and produce them before a magistrate without delay.

The attorney general said a presidential commission of inquiry had found “major lapses” by Fernando, who has since resigned from his position which was directly under President Maithripala Sirisena.

While Fernando is the most senior defense official to face action, Sirisena suspended police chief Jayasundara after he refused to step down over the handling of the attacks.

Another 9 senior police officers have also been named by the attorney-general as suspects who should be prosecuted for their role in the security lapses.

Jayasundara and Fernando have testified before a parliamentary inquiry and accused Sirisena of failing to follow established protocols in assessing threats to national security.

Jayasundara who continues to occupy his official residence in Colombo, has petitioned the Supreme Court challenging his suspension. The case is yet to begin.

Authorities have admitted that warnings sent by India of an impending attack by a local group, the National Thowheeth Jama’ath (NTJ), were ignored.

Three churches and 3 luxury hotels in Colombo were hit by suicide bombers who pledged allegiance to the Islamic State group.

Some 45 foreign nationals were among the dead and 500 people were injured in the attacks. The tourist hotspot has been under a state of emergency since.

Sri Lanka’s State Intelligence Service (SIS) has also been criticized for failing to act on the Indian warnings issues as early as April 4, nearly two and a half weeks before the attack, but no one from the state spy service has been put under investigation.

Sirisena, who is also defense minister and law and order minister, has faced allegations that he too could have prevented the attacks if he took intelligence reports seriously.

The president has objected to a parliamentary investigation into the attacks and ordered police not to cooperate. The hearings, however, have gone ahead.

Indian intelligence shared information about the targets – gleaned from a jihadist in Indian custody.

Local Muslim groups have also alerted both police and intelligence units to a potential threat posed by a radical cleric, Zahran Hashim, who led the suicide bombings.

The minority Muslims have faulted the authorities for not arresting Hashim when they complained his radical preachings and calls for violence against non-believers. – Rappler.com