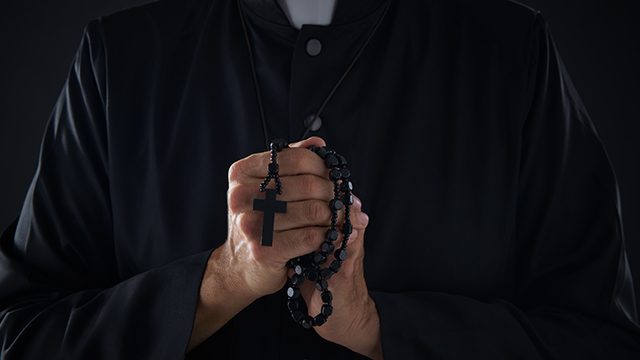 Facebook Twitter Copy URL
Copied
The allegations against priest Bernard Preynat sparked the biggest crisis in the French church in decades, drawing in its most influential cleric, Cardinal Philippe Barbarin

LYON, France – The French Catholic church has defrocked a priest charged with abusing dozens of boy scouts in a scandal that saw a cardinal convicted of a cover-up, according to a ruling seen by AFP Thursday, July 4.

The allegations against priest Bernard Preynat sparked the biggest crisis in the French church in decades, drawing in its most influential cleric, Cardinal Philippe Barbarin.

The decision was taken by the church’s ecclesiastical court.

“In light of the facts and their recurrence, the large number of victims, the fact that Bernard Preynat abused the authority vested in him within the scout group…the court has decided to impose the maximum penalty under Church law in such a case, namely, the removal of his status as a priest,” it said.

Preynat, 74, has one month to appeal the ruling.

The case first came to light in 2015 when a former scout went public with allegations that Preynat had abused him as a child 25 years earlier.

A trickle of initial testimony soon turned into a deluge, with more than 80 other people coming forward with allegations of abuse by Preynat over a 20-year period starting in the 1970s.

At the time, he was a scout leader.

In March, a Lyon court had found Barbarin guilty of failing to report allegations that Preynat had abused boy scouts in his diocese.

Barbarin, the city’s archbishop and the most senior French cleric to be caught up in the global pedophilia scandal, was handed a 6-month suspended sentence.

During the trial, the cardinal said he had confronted Preynat, about the abuse “rumors” in 2010 but let the matter drop after the priest insisted he had changed.

In 2014, after meeting one of the victims, Barbarin contacted the Vatican about the affair, but Preynat was only suspended in September 2015.

The civilian authorities charged Preynat with sexual abuse in 2016 and he is expected to stand trial later this year.

Although Barbarin went to the Vatican to tender his resignation, it was rejected by Pope Francis, with the cardinal agreeing to step aside “for a little while.”

He is appealing his conviction, with the pope saying he would wait for the outcome of the appeal. – Rappler.com