NATO says no sign of Russia backing down in missile crisis 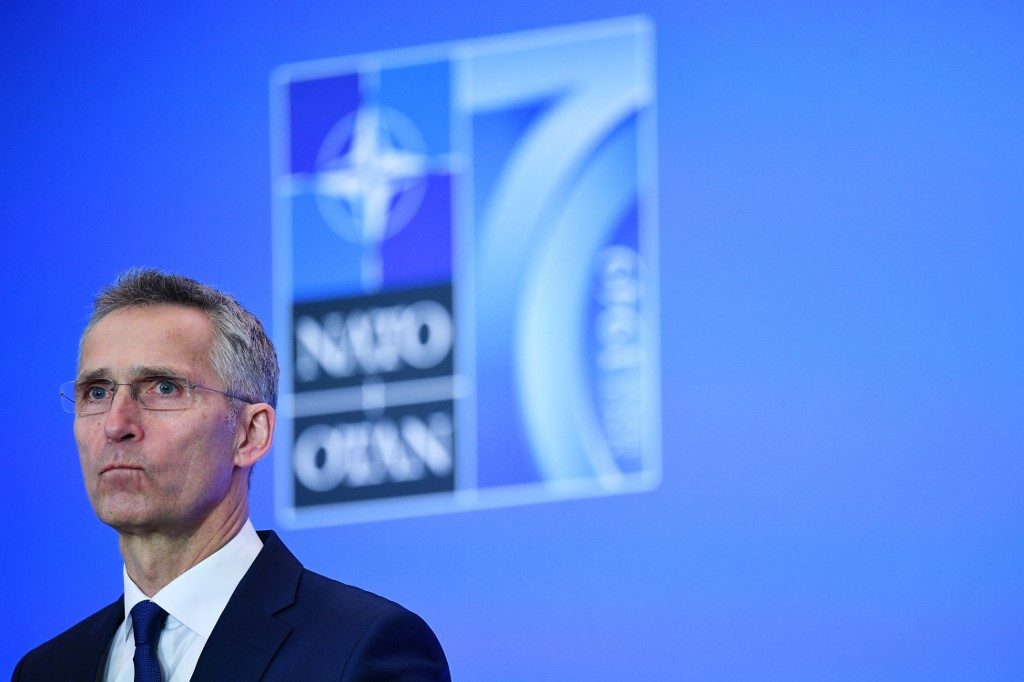 Facebook Twitter Copy URL
Copied
'We didn't see any sign of Russia being willing to come back into compliance with the INF treaty,' says NATO chief Jens Stoltenberg

Russia and the United States have both suspended their participation in the Intermediate-Range Nuclear Forces (INF) treaty, accusing each other of violating the accord, which banned a whole class of nuclear-capable missiles.

Washington will definitively quit the deal on August 2 unless Russia destroys a controversial new missile system the US and NATO say breaches the accord, signed in 1987 between US president Ronald Reagan and Soviet leader Mikhail Gorbachev.

NATO held talks with senior Russian officials as part of efforts to save the deal, a week after alliance defense ministers agreed a package of countermeasures in case Moscow ignores the deadline.

“We didn’t see any sign of Russia being willing to come back into compliance with the INF treaty,” Stoltenberg told reporters after the meeting, adding that the “ongoing Russian violation” was the only reason the treaty was under threat.

The Russian mission to NATO said in a statement that they had used to meeting to say “that attempts to shift the blame on Russia for the demise of the INF were unjustified,” calling for restraint and warning of the “real risks” the situation posed.

“We confirmed that in our planning…we are not intended to deploy corresponding missile systems in Europe and other regions unless the US intermediate- and shorter-range missiles are deployed there,” the mission said in a statement.

Russian President Vladimir Putin on Wednesday, July 3, signed into law a bill formalizing the suspension of Moscow’s participation in the INF.

Still time to save INF?

Stoltenberg said there was still time to save the INF, pointing to the speed with which Soviet forces were able to get rid of their medium-range weapons after the INF was signed.

“Back in 1987 Russia was able to destroy intermediate range cruise missiles in a few weeks,” he said.

“It is possible to do it in a few weeks because that has happened before.”

The INF, which banned ground-launched missiles with a range of 500 to 5,500 kilometers (310 to 3,400 miles), is seen as a cornerstone of the global arms control architecture and its looming demise has triggered fears for the future of the New START treaty, which caps nuclear warhead numbers.

Putin has said he is also ready to drop New START – which expires in 2021 – accusing Washington of being unwilling to negotiate an extension to the agreement.

Alliance ministers last week agreed to review air and missile defenses, along with intelligence and surveillance programs, to boost their readiness to deal with the threat posed by the Russian 9M729 ground-launched cruise missile system the West says breaches the INF.

For several years Russia denied the existence of the 9M729 but now says it complies with the treaty. Moscow has accused the US of jeopardizing arms control structures by abandoning the accord.

Stoltenberg refused to give further details of the countermeasures on Friday, saying NATO was still focused on trying to save the deal, but he noted that the alliance’s existing ballistic missile defense shield would not be capable of shooting down the Russian missiles. – Rappler.com