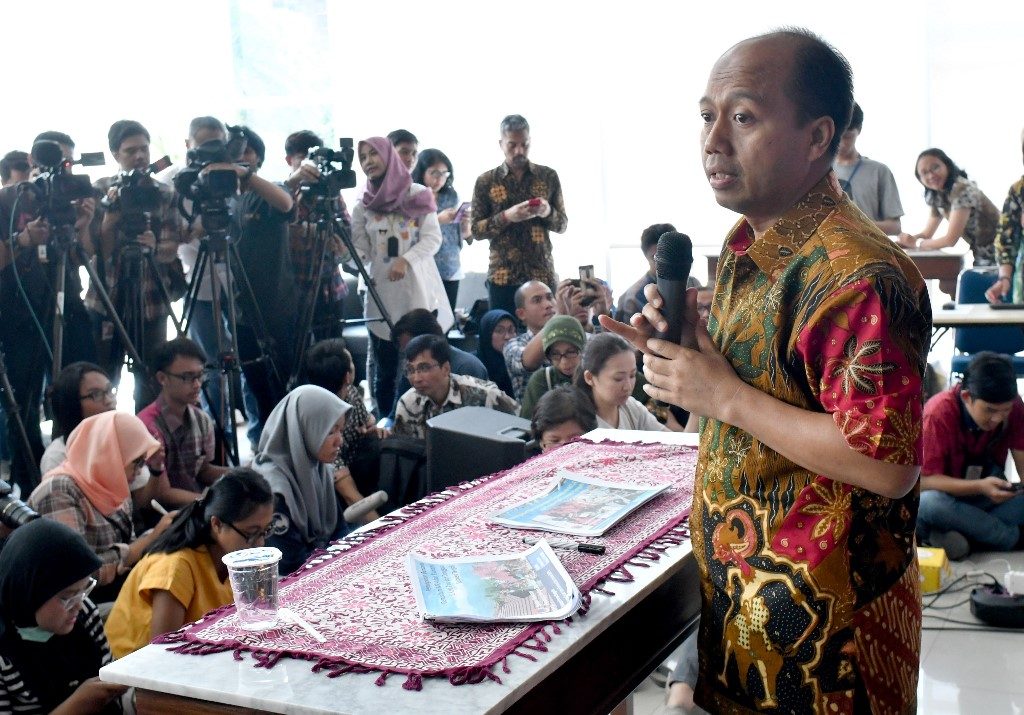 JAKARTA, Indonesia – Indonesia’s disaster agency spokesman Sutopo Purwo Nugroho – who shot to international fame for keeping up a 24/7 schedule while battling terminal cancer – has died at the age of 49.

Affectionately known as Pak Topo (Mr Topo), Nugroho was the face of government efforts to get word out on the latest developments in a string of natural disasters, including a quake-tsunami that killed thousands on Sulawesi island in 2018.

He died early Sunday, July 7, at a hospital in Guangzhou, China, where he was undergoing treatment for cancer which had spread to his bones and several vital organs, Indonesia’s disaster agency said.

“We all feel we have lost Pak Sutopo. [He was] the foremost and indomitable figure in delivering disaster information in Indonesia,” the agency said in a statement on Instagram.

The disaster in the city of Palu highlighted Nugroho’s refusal to pass the torch as he dragged himself to daily press briefings, taking reporters’ calls and communicating on social media at a frantic pace even as the non-smoker got treatment for Stage IV lung cancer.

Pale and visibly thinner than in the past, Nugroho got the grim news in January 2018 that he was dying and might have as little as a year to live.

Nugroho – who is survived by his wife and two children – held a PhD in natural resources and the environment, with an expertise in hydrology and cloud-seeding.

He spent years as a researcher and dreamed of becoming a professor, rejecting offers to take up the government spokesman job 3 times until his then-boss convinced him that his background would earn him the public’s trust. He took the position in 2010.

He reportedly promised his wife to slow down his work schedule but still managed to get out a 200-word update on a deadly landslide back in February 2018 from his hospital bed, local media reported.

Then in August of that year, he was sending out reports on a deadly quake disaster on Lombok island, next to Bali, minutes after finishing a chemotherapy session.

Nugroho said he had more than 3,000 contacts in his mobile phone while his social media feeds are filled with updates and dramatic images showing the aftermath of quakes, tsunamis, landslides, and volcanic eruptions.

He saw himself as a public servant to the end.

“It’s not about how long your life is,” he said. “It’s about what you do in your lifetime.” – Rappler.com