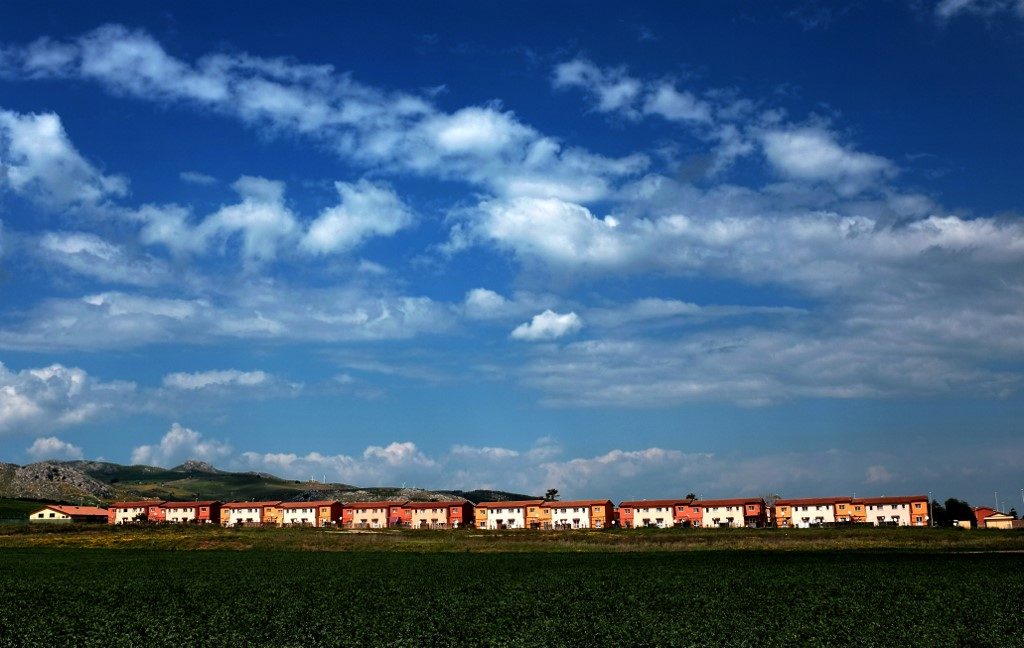 Facebook Twitter Copy URL
Copied
Italy's Interior Minister Matteo Salvini says the future is 'in smaller and more controlled centers,' after the final inhabitants were removed last week to be sent to another center in Calabria

MINEO, Italy – What was once Europe’s biggest migrant reception center, in Mineo in Sicily, officially closed on Tuesday, July 9, in the presence of its biggest critic, far-right Interior Minister Matteo Salvini.

“We’re saving quite a bit of money, we’re working to find new jobs for the center’s ex-workers, but Sicily, Catania and Mineo cannot base their future on immigration,” Salvini said as he shut the center.

Salvini said the future was “in smaller and more controlled centers,” after the final inhabitants were removed last week to be sent to another center in Calabria.

About 50 former workers at the center and unionists protested ahead of Salvini’s arrival, handing a protest banner reading “today we celebrate the funeral of Mineo”.

The reception center, a former housing complex for the US military that resembles an American suburb, is now guarded by Italian troops blocking access under a roasting Sicilian sun.

Its population then steadily dropped and when anti-migrant Salvini and the populist Five Star Movement came to power in June last year, it housed 2,500.

Since then Salvini, who is also deputy prime minister, has declared war on charity rescue vessels, barring them entry to Italian ports. Thousands of migrants nevertheless continue to arrive by other means or are rescued at sea by the Italian authorities.

Psychologist Massimiliano Terrasi stood amid the arid countryside outside the center where he worked since 2011, disappointed about what could have been.

“Hopes were high when the center first opened and we grew professionally,” he told Agence France-Presse-TV.

“Well managed, it could have been an asset for the area and for people’s mutual understanding,” he lamented, voicing anger at the abrupt end to his years of work, final wages still unpaid.

In the beginning, care and hygiene conditions were decent, he said. But things started to deteriorate when the population went over 3,000.

“If you look at how the center was in the end, it’s a good thing that it closed. But if you think what it could have been, it’s a pity,” he said.

Local resident Sergio Mastrilli was more critical as he drank a beer on a Mineo bar terrace.

“When the center first opened, I immediately thought it wasn’t a good thing,” he said.

“It wasn’t a reception center built on integration but on numbers.”

Mastrilli, a 25-year-old law student, is a supporter of Luigi di Maio’s anti-establishment Five Star Movement, which is in a ruling coalition with Salvini’s Lega for the last 13 months.

“There were more than 4,000 people from 85 different ethnicities, while Mineo has around 5,000 inhabitants,” he said.

He called for a Europe-wide solution to migration, and suggested “many migrants would like to stay in their own countries,” if they could.

The center’s 400 small yellow and pink houses lie in tidy rows, a reminder of the time when US families from the neighboring base at Sigonella called it home.

But the US military gave up its lease in 2010, and the arrival of the reception center and migrants made Sicilians in the area both worried and jealous.

The migrants were notably prepared to work for 10 or 20 euros (11-22 dollars) a day during the orange harvest, angering locals who could not work for so little.

But the center also employed 400 people in the area, and Mineo’s current mayor, Giuseppe Mistretta, has threatened to resign if the state does not help with the post-migrant transition.

“Mineo’s closure is the inexorable epilogue of a big illusion, in a region starved of jobs,” said Sicily’s conservative regional president Nello Musumeci.

Allegations include preferential awarding of contracts, and the exaggeration of migrant numbers to attract state subsidies that accompanied each new arrival.

In January, police broke up a Nigerian organized crime drug dealing group based within the center, and a prostitution ring. – Rappler.com