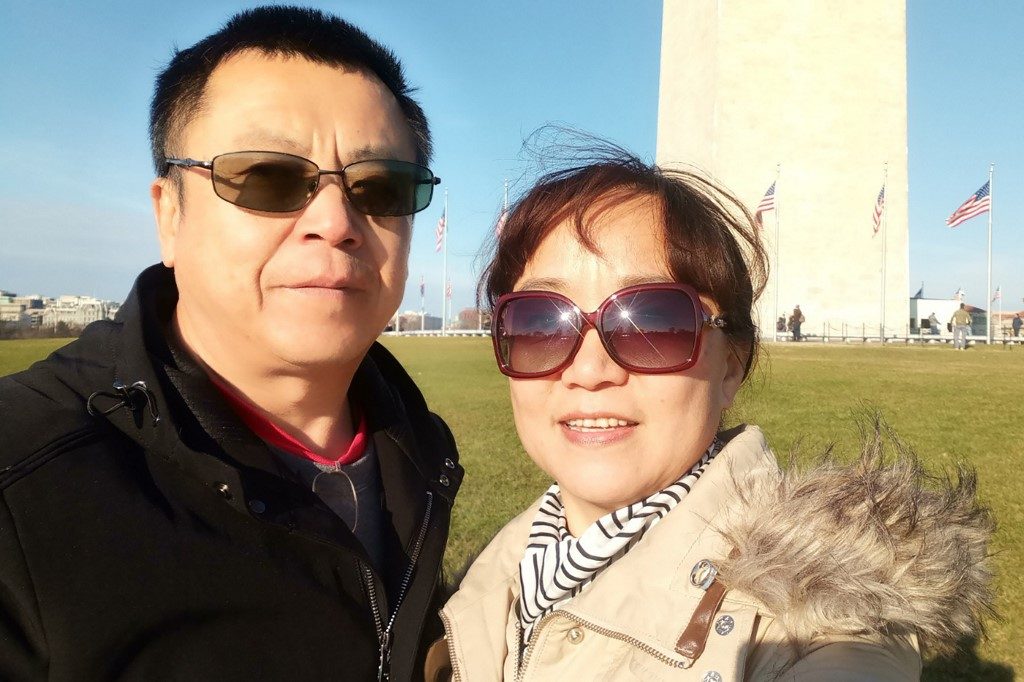 BEIJING, China – A Chinese anti-corruption activist who had urged officials to disclose their wealth was arrested for allegedly “promoting terrorism,” as Beijing clamps down on Communist Party critics.

Zhang Baocheng, 60, was a member of the now-defunct New Citizens Movement, which campaigned for democracy and government transparency.

It is unusual in China for members of civil society or human rights activists to be accused of terrorism, and his wife told AFP that she fears it suggests Zhang might receive a heavy prison sentence.

Zhang was given a two-year prison term in 2014 for “disrupting public order” after holding a banner in a crowded shopping area in Beijing urging officials to disclose their assets as a check against corruption.

He has continued to be a vocal critic of the Communist Party even after the movement was suppressed and at least 20 of its members were detained in a year-long crackdown starting in 2013.

But what led to his latest arrest is unclear.

Zhang was arrested by Beijing police on July 4, suspected of “picking quarrels, promoting terrorism, extremism, and inciting terrorism,” according to an arrest warrant shared by his wife, Liu Juefan.

“After his release from prison… he never stopped fighting, so they are now using this charge of terrorism and extremism to condemn him to a heavy sentence,” Liu said on the phone from New York.

“Since his arrest, I have not been able to reach him, but his lawyer has met him twice,” she said, adding that her husband “has been framed”.

Zhang’s arrest comes over a month after he was detained on May 28 – days before the politically sensitive anniversary of the Tiananmen crackdown that falls on June 4.

Authorities crack down on activists and further tighten internet censorship to prevent any mention of the killing of hundreds, possibly more than 1,000, of pro-democracy protesters by soldiers and tanks in 1989.

Zhang was also detained for over a month in 2016 for participating in a private commemoration of the taboo incident, but it is unclear whether he had planned for something similar this year.

“On May 28, Zhang Baocheng called his daughter and told her that police had detained him and were searching his apartment,” Liu said.

“The police had told him they were looking for a gun.”

Beijing police did not answer AFP calls to clarify whether Zhang was in possession of an illegal firearm.

China’s leadership under President Xi Jinping has cracked down on student groups, labour movements and rights activists in recent years in a bid to silence dissent.

“Everyone in China is living in fear and with lies,” Zhang told AFP in December, when he went outside a courthouse to show support for a prominent lawyer critical of the party who was on trial.

“When there’s more people willing to stand up (against bad government),” he said, “it will allow more people to get rid of their fears.” – Rappler.com