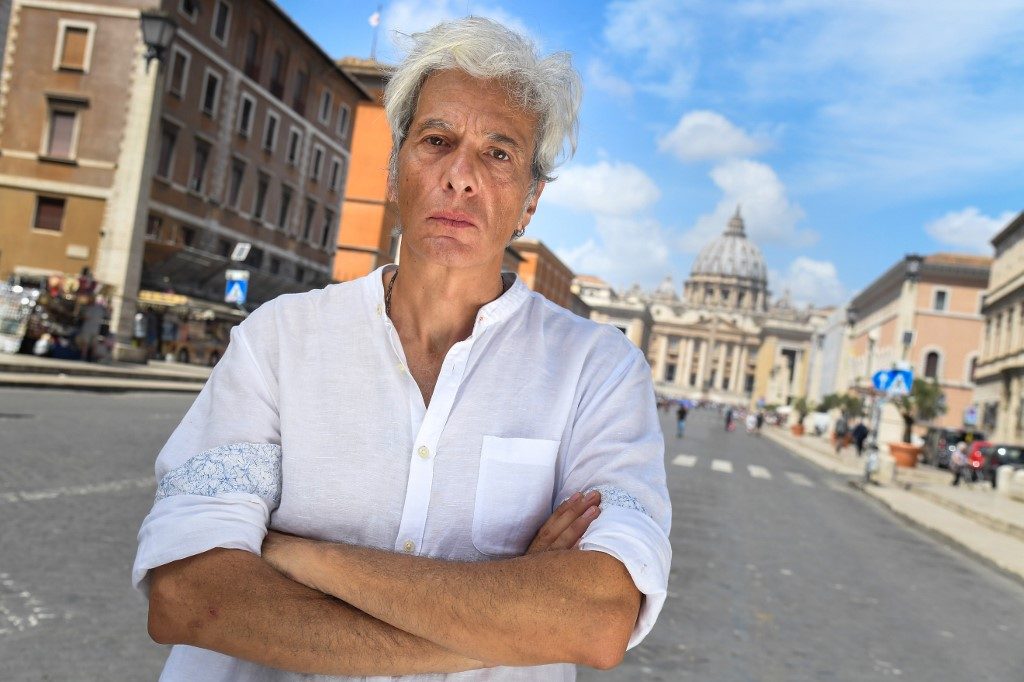 Vatican City (UPDATED) – The mystery surrounding the disappearance of an Italian teenager 36 years ago deepened Thursday, July 11, after two graves at the Vatican thought to possibly hold her remains were discovered to be empty.

Not only was Emanuela Orlandi’s body not found, the tombs did not even hold the skeletons of the two princesses supposed to be buried there.

“The last thing I expected was to find empty tombs,” said her brother Pietro Orlandi, 60, who has never stopped hoping to find his sister alive.

“I will have to carry on. Until I find Emanuela, it is my duty to seek out the truth,” he said.

The dig followed an anonymous tip-off that the Teutonic Cemetery in the tiny city state may be the last resting place of Orlandi, the daughter of a Vatican employee.

She was last seen leaving a music class aged 15.

Theories have circulated for decades about who took her and where her body may lie.

“The family has a right to know what happened. Thirty-six years have passed, there have been 3 different popes at the Vatican,” she said.

“Someone knows, and is keeping quiet out of ‘omerta’ or fear. Emanuela must be found. Please contact us,” Sgro added.

The family had been sent a picture of an angel-topped grave in the cemetery, and a message which simply read: “Look where the angel is pointing.”

A second, similar grave alongside the first was also opened to rule out any misunderstandings over which grave was meant.

The small, leafy cemetery, located on the original site of the Emperor Nero circus, is usually the last resting place for German-speaking members of Catholic institutions.

Beyond St Peter’s Basilica, in an area off-limits to tourists, neat rows of tombstones lie behind a wrought-iron gate, some shaded by palm trees, others bordered by pink roses.

But on Thursday white gazebos had been set up over the tombs.

White-suited and masked forensic scientists strapped on headlamps to climb down and search the underground chamber.

Clinical tools set aside to measure recovered bones lay unused on a nearby table.

The Vatican said it had informed the princesses’ descendants that their remains were missing.

It said it would look into work done on the tombs in the 19th century, and again in the 1960s and 1970s, in a bid to find out what happened to them.

‘Where is her body?’

Dozens of journalists and crowds of curious tourists had gathered at the entrance to the Vatican nearest the cemetery.

Supporters of the Orlandi family waited outside, in T-shirts reading “The Truth Sets Us Free” and “Where Is Her Body?”

“This mystery is part of this country’s dark history,” Sgro said, in reference to a series of decades-old cases in Italy dogged by unanswered questions and beloved by conspiracy theorists.

According to some theories widely circulated in Italian media, Orlandi was snatched by a mobster gang to put pressure on the Vatican to recover a loan.

Another claim often repeated in the press was that she was taken to force the release from prison of Mehmet Ali Agca, the Turk who attempted to assassinate Pope John Paul II in 1981.

The family braced for a possible breakthrough last year, when human remains were found at a Vatican property in Rome, but the bones discovered dated back to an earlier period..

The previous year conspiracy specialists were driven into a frenzy by a leaked – but apparently fake – document, purportedly written by a cardinal and pointing to a Vatican cover-up.

Five years earlier, forensic experts exhuming the tomb of a notorious crime boss at a Vatican church uncovered some 400 boxes of bones.

Enrico De Pedis, head of the Magliana gang, was suspected of involvement in kidnapping Orlandi. There was speculation that the youngster may have been buried alongside him – but DNA tests failed to find a match. – Rappler.com