Chinese shadow theater fights against dying of the light 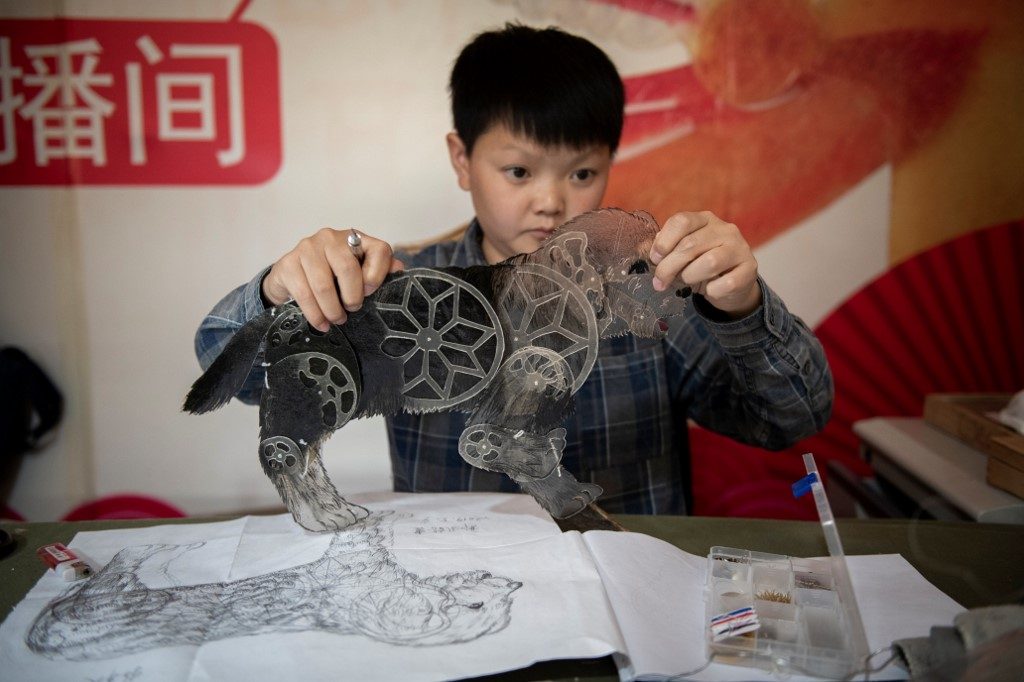 Facebook Twitter Copy URL
Copied
The legends of the past are the bedrock of China's shadow theatre – a tradition still popular in the countryside, though it has lost much ground in large cities over the last few decades

BEIJING, China – Shadow puppets flitting across screens and reliving age old stories have fascinated Chinese people for some 2,000 years, but with falling audiences troupes are having to be creative to stay on the stage.

On a translucent screen in a Beijing classroom, a child with a cosmic ring takes on the son of the dragon king, attacking him with huge thrusts of his lance.

Behind the screen, puppeteers use rods to move the figures, to the joy of the schoolchildren watching.

The legends of the past are the bedrock of shadow theatre – a tradition still popular in the countryside, though it has lost much ground in large cities over the last few decades.

Shadow theater was celebrated up until the 1960s when it was targeted as part of the Cultural Revolution. It had something of a renaissance in the 1980s and in 2011 was included on UNESCO’s Intangible Cultural Heritage list.

For the Chinese, the show is the forerunner of cinema – in the Chinese language the word “cinema” literally means “electric shadow”.

With video games, film and TV now vying for viewers glued to their smartphones, shadow theater is slowly losing its audience, and performers are struggling to keep their heads above water.

Wiping his forehead after his furious on-stage battle, Lu Baobang – one of the last puppeteers of the old generation – is worried there is no one to replace him when he retires.

“We can’t offer reasonable living standards to young apprentices,” said Lu, who descends from a large family that developed one of the main schools of shadow theater in Beijing.

While the theater struggles to attract young peoples’ interest, a troupe in a Beijing suburb – whose performers have an average age of 22 – has managed to survive.

It is made up of 60 or so puppeteers with dwarfism, who present themselves as having an average height of 1.26 metres.

Jin Xinchun is one of them. He was struggling to find work several years ago, before he discovered the troupe online and moved to Beijing to join it where he was employed as a puppet maker.

“I am always happy to cut old leather to make beautiful puppets. They are my babies!”, Jin told AFP.

Wang Xi, a puppeteer founded the troupe with her husband in 2008 after meeting with the national association of dwarves.

“They had trouble finding work. And it was hard for us to find successors. Our collaboration is like two drawbacks that turned out to a be a plus!”

But Wang Xi said she is nervous about the future: “Our masters are all older than 80 and they obviously won’t be able to go on stage in 10 years.”

“The government is aware of the importance of traditional culture, what we need now are concrete measures,” he said.

“This art will have no future if we don’t give young people hope.” – Rappler.com