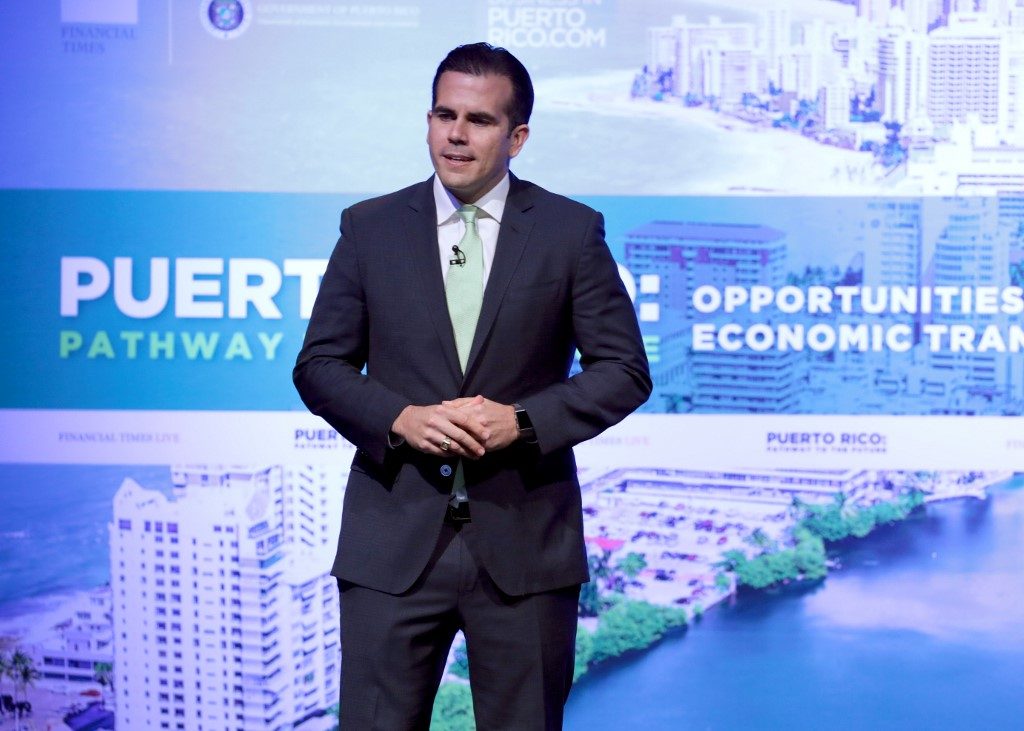 Facebook Twitter Copy URL
Copied
The protests occur after the Center for Investigative Journalism released 889 pages of text chats on Telegram in which Rossello and 12 other male members of his administration slander officials, politicians and journalists

MIAMI, USA – Thousands of people demonstrated on Monday, July 15, demanding the resignation of Puerto Rico Governor Ricardo Rossello following the leak of a group text chat in which he and other officials made obscene, sexist and homophobic remarks about political opponents and others including pop star Ricky Martin, local media reports said.

At nightfall police used tear gas to disperse demonstrators in the capital San Juan who shouted: “Ricky corrupto!” in a third day of protests which also questioned Rossello’s handling of the Hurricane Maria emergency and the island’s financial crisis.

“We want him arrested, him and his wife jailed for stealing money from the people of Puerto Rico,” protestor Tatiana Gomez told the local newspaper Primera Hora.

“It’s time this town stood up to put a stop to this corrupt government,” Lillianet Maldonado added.

Late Monday Rossello released a statement saying he respected the demonstrators but did not address the calls for his resignation.

The protests erupted after the Center for Investigative Journalism on Saturday released 889 pages of text chats on the encrypted messaging app Telegram in which Rossello and 12 other male members of his administration slander officials, politicians and journalists.

They shared memes, jokes and sexual insults, according to the Center and an exert published by local daily El Nuevo Dia.

“It is completely reprehensible and shows the intolerant, arrogant, high-handed, homophobic, sexist and violent character and personality of each one,” Martin tweeted.

“We cannot allow our Puerto Rico to be in the hands of such ‘leaders’,” said Martin, of “Livin’ la Vida Loca” and “She Bangs” fame.

Since the “Chatgate” leak, more than 20 other Puerto Rican artists have intensified their criticism of Rossello, including Bad Bunny, Rene Perez and playwright Lin-Manuel Miranda. – Rappler.com