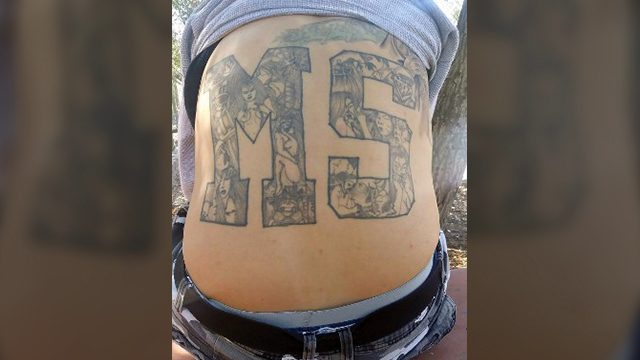 Facebook Twitter Copy URL
Copied
A 12-count indictment against 22 members of the gang says most of those charged took part in 7 killings carried out with machetes, knives and baseball bats over the last two years

LOS ANGELES, USA – Several members of the notorious MS-13 gang have been charged in Los Angeles for their role in multiple grisly murders, including the machete killing of a rival gang member who was dismembered and had his heart cut out.

According to a 12-count indictment against 22 members of the gang unsealed Tuesday, July 16, most of those charged took part in 7 killings carried out with machetes, knives and baseball bats over the last two years.

Most of the bodies were dumped in the Angeles National Forest, northeast of Los Angeles.

The sweeping indictment focuses on a particularly violent sub-group of the gang known as the Fulton clique, which operates in the Los Angeles area and has recently been recruiting young immigrants from Central America.

Authorities said as part of their initiation, potential recruits had to kill an MS-13 rival or someone perceived as a threat in order to join the gang.

In one particularly gruesome episode, in March 2017, several MS-13 members allegedly targeted a rival gang member thought to have defaced MS-13 graffiti and drove him to a remote area in Angeles National Forest.

Six people attacked the victim with machetes, dismembered him and then dumped his body parts in a canyon after one of them allegedly cut his heart out.

In another instance, the gang even set upon a homeless man who was temporarily living in a park controlled by the group, the indictment said.

Three of those charged in the indictment were arrested in the Los Angeles area in the past several days and a fourth was arrested in Oklahoma over the weekend.

The 18 other defendants were arrested over the last year on a range of charges, including drug trafficking offenses, authorities said.

Preying on the vulnerable

“We have now taken off the streets nearly two dozen people associated with the most violent arm of MS-13 in Los Angeles, where the gang is believed to have killed 24 people over the past two years,” said Nick Hanna, the US attorney in Los Angeles.

He said the gang had engaged in brutality not seen in the region for over 20 years, and many of the defendants could face the death penalty.

MS-13, or Mara Salvatrucha, was formed in Los Angeles in the mid-1980s and has been active ever since, with members in at least 10 states and several Central American countries including El Salvador, Honduras and Guatemala.

President Donald Trump has often railed against the gang, describing its members as “animals,” and frequently cites it when pushing for his border wall project and tougher immigration regulations.

Authorities said it was unfortunate that some of the gang’s newest recruits are young people from Central America who likely fled their homelands in hope of a better future in the United States.

“Instead, these victims had the misfortune of crossing paths with violent gang members who preyed on the vulnerabilities of their immigrant experience,” said Los Angeles County District Attorney Jackie Lacey.

The majority of the crimes outlined in the 78-page indictment, including the 7 murders, took place beginning in 2017 and continued into this year.

The murders were carried out in Angeles National Forest, the Malibu hills or North Hollywood. – Rappler.com