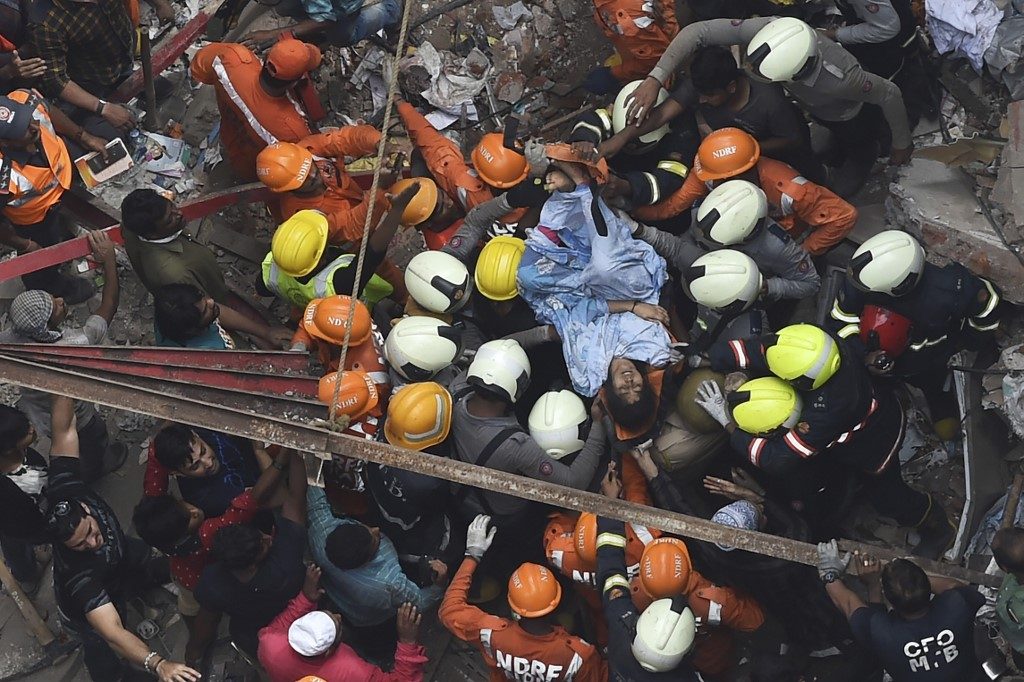 MUMBAI, India – Rescuers pulled a woman from the rubble of a Mumbai building a day after it collapsed but her two young children did not survive, officials said Wednesday, July 17, as the death toll from the tragedy rose to 13.

Heavy monsoon rains on Tuesday, July 16, trapped more than 40 people after the building crumbled in southern Mumbai’s congested Dongri area, with rescuers and volunteers struggling to conduct their search among the narrow lanes.

“She has sustained injuries but is undergoing treatment and her children did not survive… (we) are hopeful there may still be some victims who will survive.”

He said rescue operations were in the final stages.

Disaster management spokesman Tanaji Kamble added that 13 bodies have been recovered so far.

The plight of the residents in the 100-year-old building, which was due to be redeveloped, have highlighted the perilous state of Mumbai’s ageing infrastructure.

The tragedy is the second collapse to hit Mumbai in two weeks and the third in Maharashtra state.

A wall collapsed in the city killing 30 people in July, and 15 died in the nearby city of Pune when another wall gave way the previous month.

Building collapses in Mumbai, home to around 20 million people, are common during the monsoon season with rickety structures buckling under the weight of continuous rain.

Across South Asia, torrential downpours have swept away homes, triggered landslides and claimed at least 200 lives.

Prime Minister Narendra Modi on Tuesday tweeted his condolences to the victims’ families, describing the incident as “anguishing”. – Rappler.com