Jul 26, 2019 6:51 PM PHT
Agence France-Presse
Facebook Twitter Copy URL
Copied
The release leaves 21 other Indians in Iranian detention however, including 3 from the MT Riah and 18 from the British-flagged Stena Impero tanker 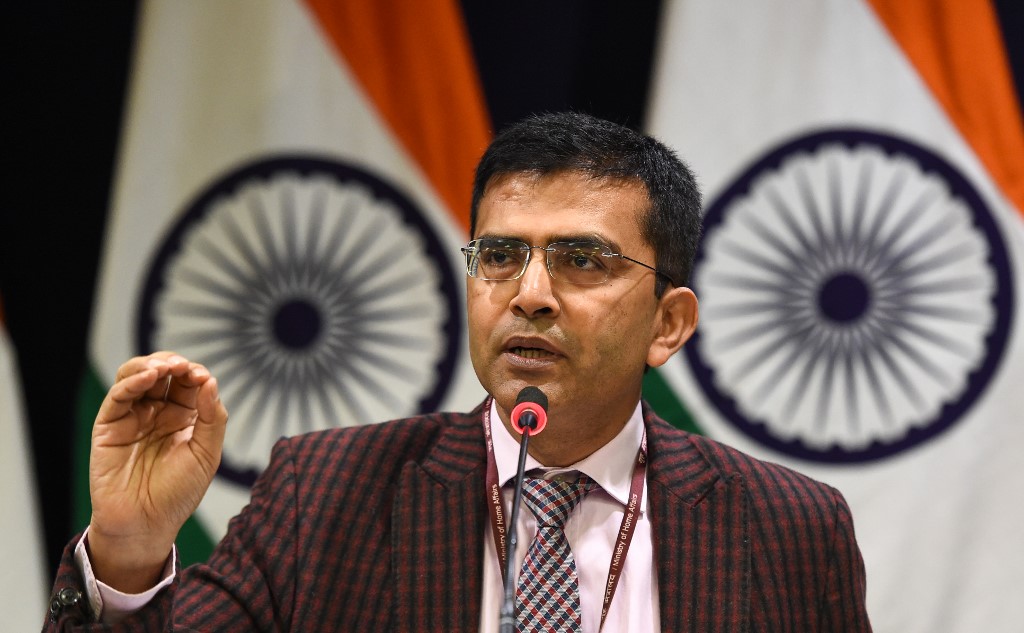 Iran had accused the MT Riah ship of smuggling contraband fuel when it was detained, amid mounting tensions between the Iranian government and both Britain and the US over shipping in the Strait of Hormuz.

“Nine crew members have been released and they will be on their way to India soon,” said Indian foreign ministry spokesman Raveesh Kumar.

“Our mission in Iran has requested the concerned Iranian authorities for the release of remaining crew members.”

The release left 21 other Indians in Iranian detention however, including 3 from the MT Riah and 18 from the British-flagged Stena Impero tanker which was also captured by Iranian forces on July 19.

The Stena Impero and its 23 crew have been impounded at the southern port of Bandar Abbas for allegedly breaking “international maritime rules.” The vessel is at the heart of the showdown between Iran and Britain.

Apart from the 18 Indians, there are 3 Russians, a Latvian and a Filipino on the ship.

India announced on Thursday, July 25, that its diplomats in Iran had been given access to Stena Impero crew.

“All 18 Indian crew members on board are safe and doing fine. Will continue to push for their early release,” junior foreign minister V Muraleedharan said on Twitter.

Iran’s foreign ministry confirmed that Indian diplomats had met the crew in a statement reported by Iranian state television on Friday.

The ministry added that further meetings between crew of other nationalities from the Stena Impero with diplomats from their countries had been arranged and would happen soon.

Images from inside the ship released by Iran on Monday, July 22, showed some Indian crew sat around a table, chatting and smiling. Two members could be seen cooking in the ship’s kitchen.

The tanker’s seizure has deepened a crisis triggered between Iran and Western countries in April when the United States said it would sanction countries buying oil from Iran.

Iran has hinted it is open to swapping the Stena Impero for an Iranian tanker, Grace 1, detained in Gibraltar on July 4 allegedly carrying Iranian oil to Syria in breach of international sanctions. – Rappler.com