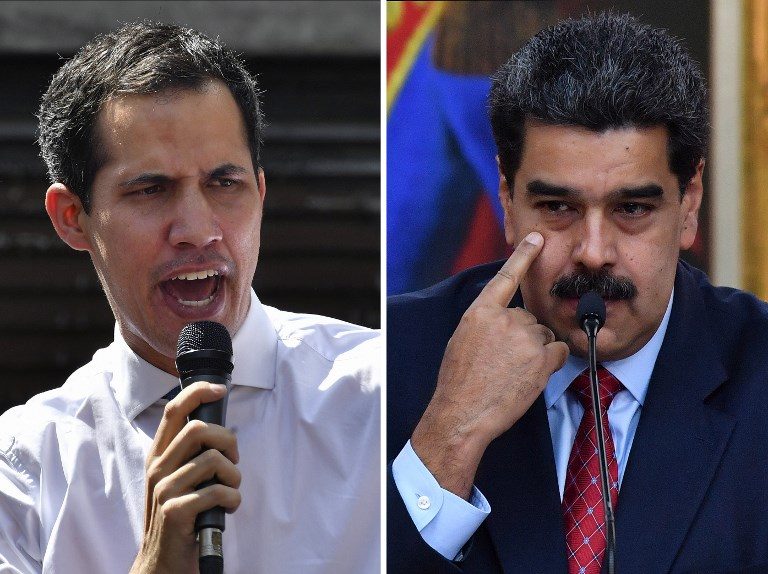 Facebook Twitter Copy URL
Copied
Crisis-wracked Venezuela has been mired in a political impasse since January when opposition leader Juan Guaido proclaimed himself acting president, quickly receiving the support of more than 50 countries

Three weeks ago during previous talks in Barbados, the rival factions agreed to set up a platform for negotiations mediated by Norway, where the first talks were held in May.

“We’ve started another round of meetings under the Oslo mechanism,” Guaido’s envoy and legislator Stalin Gonzalez tweeted.

Venezuela’s Vice President Delcy Rodriguez confirmed in a news conference that Maduro representatives had traveled to Barbados to meet the opposition.

Later in the day, Maduro said in a televised address that the ruling party aims to establish a “platform of permanent dialogue” with the opposition, and proposed bringing in businessmen and social movements.

Crisis-wracked Venezuela has been mired in a political impasse since January when Guaido proclaimed himself acting president, quickly receiving the support of more than 50 countries.

The oil-rich, cash-poor country has been in a deep recession for 5 years. Shortages of food and medicine are frequent, and public services are progressively failing.

Around a quarter of Venezuela’s 30 million-strong population are in need of aid, according to the United Nations, while 3.3 million people have left the country since the start of 2016.

Guaido and the opposition accused Maduro of having rigged the 2018 poll that saw him re-elected, and they describe the socialist leader as a “usurper.”

They want him to stand down so new elections can be held.

Maduro has refused to resign and says the talks must lead to “democratic coexistence” and an end to what he describes as an attempted “coup” orchestrated by the United States. – Rappler.com